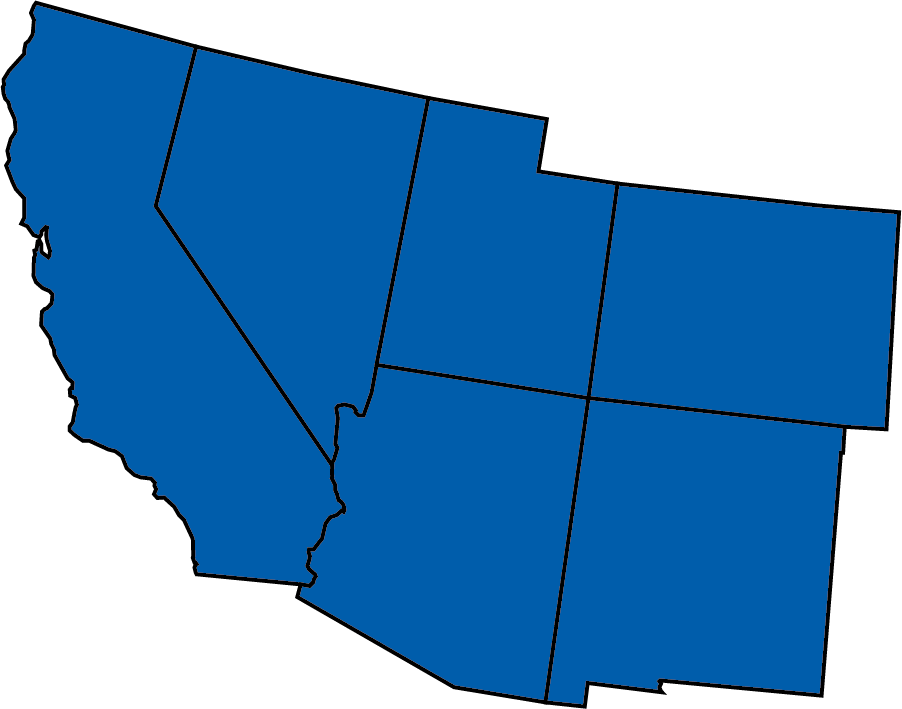 Under continued climate change, projected increases in hot days and extreme heat events in the Southwest will increase the risk of heat-associated deaths. Under the higher scenario (RCP8.5), the Southwest would experience the highest increase in annual premature deaths due to extreme heat in the country, with an estimated 850 additional deaths per year by 2050. Under a lower scenario (RCP4.5), deaths would be reduced by half compared to the higher scenario (RCP8.5). By 2090, deaths and economic losses would more than double from 2050 under all emissions scenarios. Heat and other environmental exposures particularly affect outdoor workers.

Other environmental conditions of greatest concern for human health are ground level ozone air pollution, dust storms, particulate air pollution (such as from wildfires and dust storms), and aeroallergens (airborne proteins that trigger allergic reactions). The risk of onset or exacerbation of respiratory and cardiovascular disease is associated with a single or a combined exposure to ground-level ozone pollution, particulate air pollution, and respiratory allergens. These conditions may also lead to new cases or exacerbation of allergy and asthma. Drier conditions can also increase reproduction of a fungus found in soils, potentially leading to the disease coccidioidomycosis, or Valley fever.

Infectious diseases like plague and hantavirus pulmonary syndrome disproportionately affect the Southwest region. Heat extremes, warming, changes in precipitation, and potentially an intensified El Niño-Southern Oscillation may influence the distribution and occurrence of vector-borne diseases like West Nile virus and may lead to the emergence of new disease.

Food production in the Southwest is vulnerable to water shortages. Increased drought, heat waves, and reduction of winter chill hours can harm crops and livestock; exacerbate competition for water among agriculture, energy generation, and municipal uses; and increase future food insecurity. Droughts and wildfire in the Southwest have contributed to declines in traditional Indigenous staple foods, including fish, wildlife, acorns, corn, and pine nuts. Additionally, ocean warming and acidification, as well as sea level rise, increase risks to shellfish beds (which reduces access for traditional harvesting), pathogens that cause shellfish poisoning, and damage to shellfish populations, which can cause cascading effects in food and ecological systems upon which some tribes depend.

Climate change may weigh heavily on mental health in the general population and those already struggling with mental health disorders. One impact of rising temperatures, especially in combination with environmental and socioeconomic stresses, is violence towards others and towards self. Slow-moving disasters, such as drought, may affect mental health over many years. Communities that rely especially on well functioning natural and agricultural systems in specific locations may be especially vulnerable to mental health effects when those systems fail. In the Southwest, the loss of stability and certainty in natural systems may affect physical, mental, and spiritual health of Indigenous peoples with close ties to the land.

Native Americans are among the most at risk from climate change, often experiencing the worst effects because of higher exposure, higher sensitivity, and lower adaptive capacity for historical, socioeconomic, and ecological reasons. With one and a half million Native Americans, 182 federally recognized tribes, and many state-recognized and other non-federally recognized tribes, the Southwest has the largest population of Indigenous peoples in the country.

The Arizona Extreme Weather and Public Health Program facilitates the development and sharing of local knowledge of climate and health effects and the implementation of public health interventions for climate-related hazards affecting the state’s residents and visitors, including extreme heat, wildfires, air quality, drought, flooding, extreme cold, and vectorborne diseases. Partnerships have led to heat alerts for schools and healthcare facilities, projects to assess and improve cooling center networks, and the distribution of heat safety toolkits for various specific at-risk populations, including outdoor workers, older adults, and school children. The program and local partners have also increased their capacity to perform heat illness surveillance activities and coordinated a state heat preparedness workgroup. Other program work has focused on understanding climate impacts on vectorborne diseases and the fungal disease called Valley fever, as well as developing public health emergency response plans for wildfires and flooding. This work benefits various populations such as the homeless, elderly, children, local officials, and residents of low income and minority neighborhoods.

The San Francisco Department of Public Health’s Climate and Health Program works to address the local health impacts of extreme heat, flooding and extreme storms, drought and wildfire, and allergies and air pollution through the development of vulnerability assessments, literature reviews and emergency plans, data analysis and mapping, outreach and engagement to community based organizations and other stakeholders, and working interdepartmentally to bring a health perspective to citywide climate action and preparedness efforts. San Francisco is particularly vulnerable to the health impacts of extreme heat. A study of a 2006 California heat wave found that during extreme heat events, San Francisco’s emergency department visits increased more than almost anywhere else in the state. The Climate and Health Program has helped San Francisco prepare for future extreme heat events by informing the city’s extreme heat emergency response plan, developing and deploying extreme heat preparedness trainings specifically for older adults, and engaging local clinicians about how to discuss extreme heat preparedness with their patients.

The California Building Resilience Against Climate Effects (CalBRACE) project aims to prevent and reduce health effects associated with a changing climate through state and local actions. In the past decade, California experienced more frequent and intense heat events, wildfires and droughts, and reduced air quality that outpaced historic records. CalBRACE primarily assists agencies, tribes, and community partners in developing policy, data, and strategies to embed climate adaptation, public health, and health equity benefits into their operations and investment plans. The staff also provides leadership on climate change and health equity within the California Department of Public Health (CDPH), and contributes to state publications and peer-reviewed journals. Participation in adaptation planning and implementation occurs through meetings, consultation, and technical assistance activities. Aligned with the Building Resilience Against Climate Effects (BRACE) Framework, CalBRACE maintains web-based tools and resources for adaptation planning, including consultation and engagement; hazard, vulnerability, and disease burden assessments; and strategies for implementation and evaluation.

San Mateo County assessed the magnitude and trends of asthma burden and adapted the Community Health Vulnerability Index for their jurisdiction. This allowed them to address specific local climate and respiratory health issues, especially among at-risk populations.

Alameda County will work to improve communication to vulnerable populations on protective actions and smoke alerts to decrease morbidity. Specifically, Alameda County plans to engage community stakeholders through focus groups to develop preferred methods of communication regarding air quality levels and protective action, and also develop a county communication flow protocol to be used by government agencies to send smoke alerts and information to disadvantaged communities and those vulnerable to smoke impacts.

The Pala Band of Mission Indians (located in what is now called Southern California) developed climate and health communication and outreach materials tailored to the specific needs of the Pala community, including a plan highlighting the importance of culture-based psychosocial resilience strategies.

Greenville Rancheria (located in what is now called California) is building community health department capacity to respond to power outages during wildland fires and other disasters. This mini-grant project will focus on communication efforts and will be tailored to specific local needs of this rural community that is greatly impacted by wildfires.