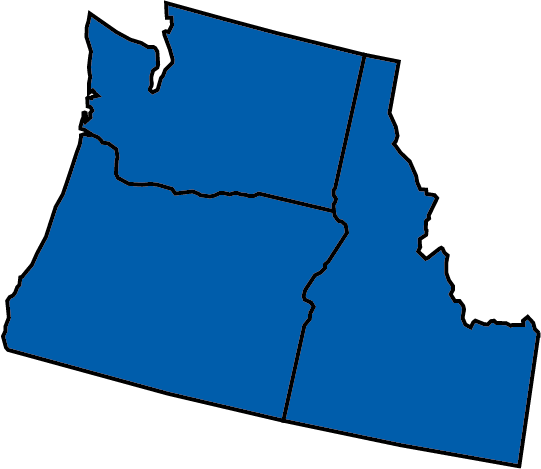 While the Northwest is not typically considered a high-risk area for heat-related illness, heat waves (defined as 5-day, 1-in-10-year events) across the country are projected to increase in frequency and intensity. In the Northwest, nighttime heat waves (defined as 3-day, 1-in-100-year events) have a greater influence on human health than daytime heat waves and have increased in frequency since 1901. These changes are projected to make heat-related illness more common in the future. In particular, agricultural workers are at increased risks for heat-related injuries because they work outside during the summer harvest season.

More frequent wildfires and poor air quality are expected to increase respiratory illnesses in the decades to come. Wildfire smoke can be severe, particularly in communities in the eastern Northwest. Smoke events during 2004–2009 were associated with a 7.2% increase in respiratory hospital admissions among adults over 65 in the western United States. In Boise, Idaho, 7 of the last 10 years have included smoke levels considered “unhealthy for sensitive groups” (including children) for at least a week during the fire season, causing some cancellation of school-related sports activities. Additionally, projected increases in ground-level ozone (smog), small particulate matter (PM2.5), and airborne allergens can further complicate respiratory conditions.

In the last several years, the region has seen an increase in some infectious diseases. A potential increase in Lyme disease cases in some states is associated with rising temperatures and changing tick habitat. The Washington Department of Health’s vector surveillance program has observed an earlier onset of West Nile virus-carrying mosquitoes, likely associated with higher temperatures, and an increasing number of human infections, with some resulting in fatalities. Before 1999, >Cryptococcus gatti infections were limited to the tropics, but Cryptococcus gatti is now established in Northwest soil, with 76 cases occurring in Oregon in 2015.

Future extreme precipitation events could increase the risk of exposure to water-related illnesses as the runoff introduces contaminants and pathogens (such as Cryptosporidium, Giardia, and viruses) into drinking water. The Oregon Health Authority recorded spikes in cases of Salmonella and E. coli during months with extreme heat in 2015. A large outbreak of Shigellosis (a bacterial diarrheal disease) occurred in late 2015, affecting a large number of homeless people in the Portland Metro region; this outbreak was associated with unusually extreme precipitation.

Climate change is projected to impact First Foods, or foods that tribes have historically cultivated for subsistence, economic, and ceremonial purposes. The cultural practice of harvesting and consuming First Foods is integral to Tribes. The loss or decline of First Foods is projected to have cascading physical and mental health impacts for Tribes. Changes in drought conditions and increased water temperatures have increased the potential for freshwater harmful algal blooms in recreational waters. Toxins from marine harmful algal blooms can accumulate in shellfish, leading to illnesses for those who eat them.

Climate-driven hardships can also affect mental health, resulting in outcomes ranging from stress to suicide. Oregon, Washington, and Idaho all rank among the top 10 states in terms of prevalence of mental illness and lowest access to mental health care. Children and youth, in general, will likely experience cumulative mental health effects of climate change over their lifetimes. The cultural practice of harvesting and consuming First Foods is integral to tribes and Indigenous health. First Foods are foods that tribes have historically cultivated for subsistence, economic, and ceremonial purposes. The loss or decline of First Foods is projected to have cascading physical and mental health impacts for tribes and Indigenous peoples.

Tribes, farmworkers, and low-income populations in urban and rural environments are three sets of frontline communities (those communities likely to experience climate impacts first and worst) in this region.

With a 2019 mini-grant from CDC and the Council of State and Territorial Epidemiologists (CSTE), Washington state assessed climate and respiratory health issues. They developed best practice guidance on wildfire communications outreach and tested the utility of low-cost air quality sensors during wildfires.

Washington State also received an additional grant from CDC in partnership with the Association of State and Territorial Health Officials (ASTHO) in 2019 to aid development of regional climate and health profiles and climate-related risk communication efforts. This project allowed for localized input to address specific needs in regions throughout the state.

Washington State also received an additional grant in 2020 from CDC and the National Environmental Health Association (NEHA) focused on Health in All Policies (HiAP), which will help support local partners in identifying climate-sensitive health risks and generate resilience strategies that could inform local planning decisions, including county comprehensive management plans. In particular, Washington State plans to provide mini-grants to local health agencies and nonprofit community organizations, as well as host a workshop with local agencies, community organizations, and academic partners to share mini-grant learnings and generate next steps to increase consideration of climate change, health, and equity in local planning.

The Lummi Nation (located in what is now called Washington State) is developing plans to protect their community from harmful algal blooms and toxins in shellfish that are influenced by warming waters. This included communication activities and assessment of local community needs.

The Swinomish Indian Tribal Community (located in what is now called Washington State) created the “Swinomish climate change health impact assessment and action plan” by tailoring CDC’s BRACE framework using Swinomish-specific health values, definitions, and priorities. Extensive community input and “values-driven” data informed the plan. They documented and shared the process with other Tribes (i.e., through educational materials) so that they may be better informed to move forward with their impact assessment and action plans.