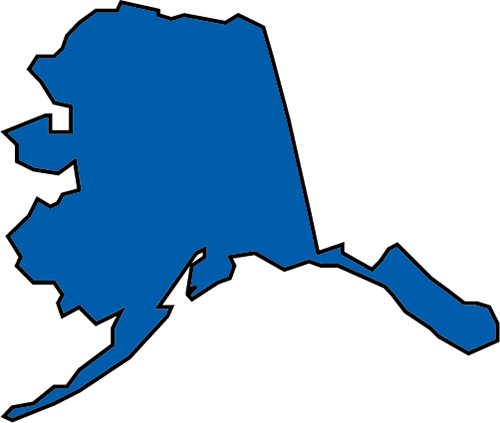 Winter travel has long been a key feature of subsistence food gathering activities for rural Alaska communities. Higher winter temperatures and shorter durations of ice seasons may delay or disrupt usual patterns of ice formation on rivers, lakes, and the ocean. For hunters and other travelers, this increases the risk of falling through the ice, having unplanned trip extensions, or attempting dangerous routes, leading to exposure injury, deaths, or drowning.

Climate-driven increases in air pollution in Alaska are primarily linked to the increases in wildfire frequency and intensity. Wildfires threaten individual safety in adjacent communities and pose risks downwind from smoke inhalation, particularly for children and persons with chronic respiratory and cardiovascular conditions. Air conditioning in homes is rare in Alaska, so relief is seldom available for at-risk persons to escape smoke exposure due to wildfires, assuming proper filters are not installed. It is also likely that there will be an increased risk of respiratory allergies related to longer and more intense seasonal pollen blooms and mold counts. Increased respiratory symptoms have also been reported in communities that are experiencing increased windblown dust.

Extreme weather events such as major storms, floods, and heavy rain events have all occurred in Alaska with resulting threats to human health. For coastal areas, the damage from late-fall or winter storms is likely to be compounded by a lack of sea ice cover, high tides, and rising sea levels, which can increase structural damage to tank farms, homes, and buildings and can threaten loss of life from flooding. Similar events threaten communities on rivers, where flooding due to increased glacial melt or heavy rains can cause extensive structural damage and loss of life.

Changes in insect and arthropod ranges due to climate change have raised human health concerns, such as the documented increase in venomous insect stings in Alaska. Tick-borne human illnesses are uncommon in Alaska, but new reports of ticks on domestic dogs without travel exposure outside Alaska raise concerns about tick range extension into Alaska and the potential for introduction of new pathogens.

Climate-related environmental changes that can affect access to water and sanitation services have been well-documented. These changes include loss of surface water through drainage of tundra ponds, lower source-water quality through increased riverbank erosion due to permafrost thaw or saltwater intrusion in coastal communities, and increased coastal erosion or storm surge leading to wastewater treatment system damage. Permafrost thawing poses a threat to centralized water and wastewater distribution systems that need stable foundations to maintain system integrity. Likewise, the documented northward range expansion of beavers has been postulated to increase the threat of waterborne Giardia infections in humans; however, human Giardia illness reports have been stable in Alaska and show no increasing regional trends.

In Alaska, disruption of ice cellars from thawing permafrost and coastal erosion has raised concerns about food spoilage or infectious outbreaks, but documented human illness events are lacking. Additionally, harmful algal blooms (HABs) produce toxins that can harm wildlife and pose a health risk to humans through consumption of contaminated shellfish. Because phytoplankton growth is increased in part by higher water temperatures, risks for HAB-related illnesses, including paralytic shellfish poisoning (PSP), may increase with climate change. PSP is a long-recognized, untreatable, and potentially fatal illness caused by a potent neurotoxin in shellfish.

Climate change is a common concern among Alaskans and is associated with feelings of depression and uncertainty about the potential changes to communities, subsistence foods, culture, and traditional knowledge and the potential of relocation from long-established traditional sites. These uncertainties and threats have effects on mental health and on family and community relationships and may lead to unhealthy responses such as substance abuse and self-harm.

The Alaskans most vulnerable to these climate-related changes are those who are most dependent on subsistence foods, the poor, the very young, the elderly, and those with existing health conditions that require ongoing care, that limit mobility, or that reduce capacity to accommodate changes in diet, family support, or stress. Native American and Alaska Native communities are particularly vulnerable as the health risks of climate change are expected to compound existing health issues, in part due to the loss of traditional foods and practices, the mental stress from permanent community displacement, increased injuries from lack of permafrost, storm damage and flooding, smoke inhalation, damage to water and sanitation systems, decreased food security, and new infectious diseases.

The Tribal Village of Wainwright identified that the effects of climatic changes on sea ice are of particular concern to community members. In response, a project was implemented that augmented existing accident prevention and rescue programs through the promotion of the use of location technology (inReach devices) and developed new community-based programs that increase knowledge of health risks due to climate change to reduce morbidity and mortality due to subsistence and travel activities.

The Sitka Tribe of Alaska relies heavily on shellfish and seafood for nutrition and cultural purposes. Warming water temperatures threatened the safety of shellfish for human consumption. The Tribe is coordinating a regional project to monitor shellfish contamination.