Preventing Chronic Disease (PCD) is committed to continuously assessing our focus, documenting our accomplishments, and identifying new areas of growth. Keeping PCD in the best position to publish relevant peer-reviewed articles requires that we continue our efforts to advance diversity, equity, and inclusion (DEI) as well as best practices at all levels of operation. 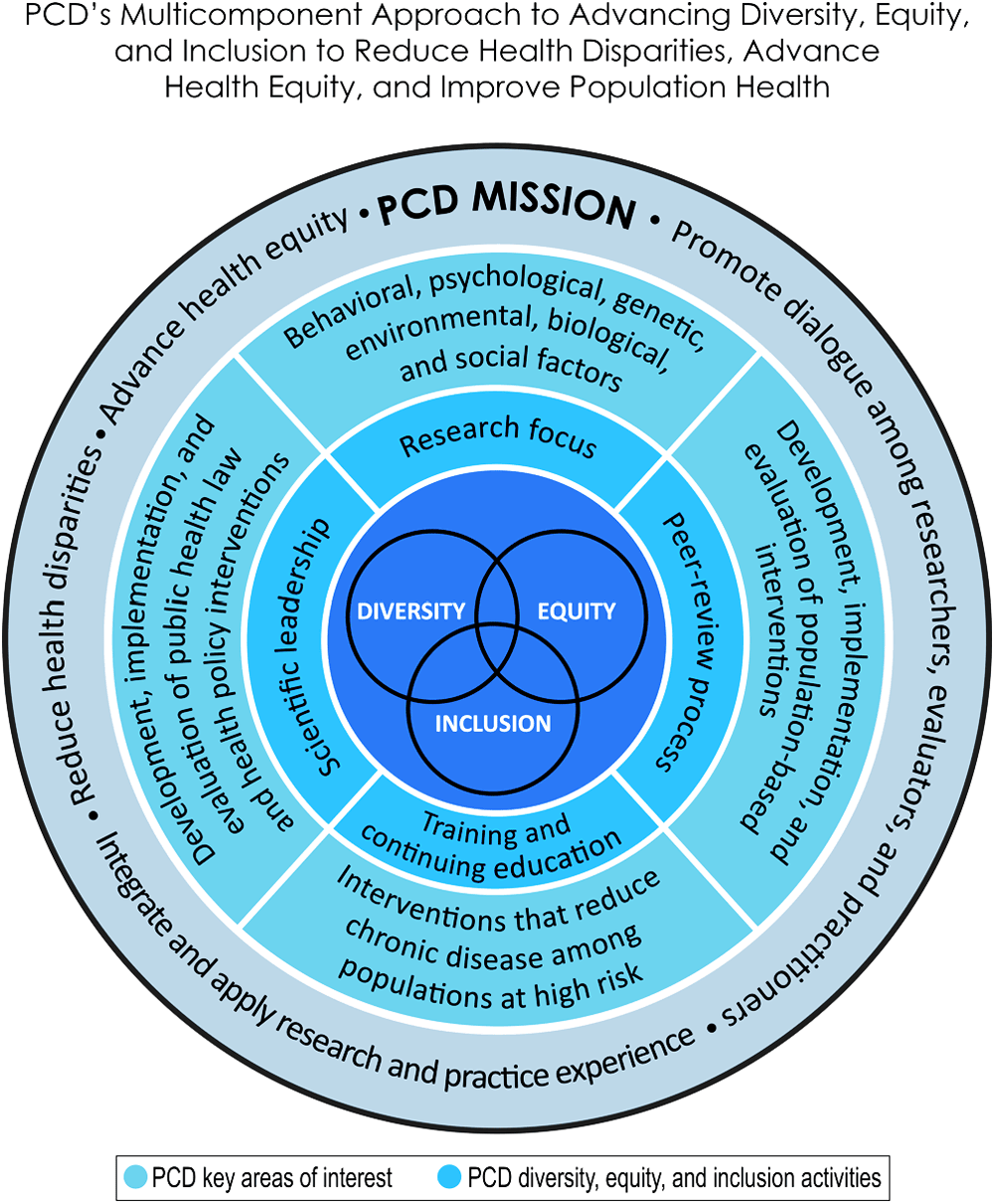 PCD is committed to fostering a scientific community that supports and benefits from the talents of researchers from a wide range of backgrounds. As part of this commitment, PCD has initiated optional self-reporting of demographic data through our ScholarOne manuscript tracking system. We will collect and measure the composition of PCD’s boards and committees, authors, and peer reviewers for sex/gender, racial, and ethnic diversity. Individuals’ sex/gender, ethnic, or racial identities will in no way be used when evaluating journal submissions; this data will be aggregated and anonymized before being analyzed and reported by ScholarOne to PCD to improve our policies and processes. For details about the storage of and access to these data, please see Privacy Center – Clarivate.

To ensure transparency, the journal intends to report the aggregated and anonymized data on an annual basis in PCD’s Year in Review publication. Through this initiative we hope to identify any gaps in representation on a regular basis and address them to ensure we are systematically working to improve diversity.

PCD encourages authors to include a short statement on DEI in the Acknowledgments section of the manuscript. This statement would be similar to statements about conflicting interests, author contributions, data availability, and funding, but it would highlight elements of the study design and/or author characteristics that are relevant to DEI. It is designed to give authors a venue to express ways in which their work, their research group, or both are contributing to helping science become more diverse, equitable, and inclusive.

Examples of considerations to include in your statement: