Wildfire season in New Mexico typically starts in May and ends in early July. Prolonged exposure to smoke is harmful to people of all ages but especially to young children, older adults, pregnant women, and people with heart and/or lung disease. Wildfires can spread fast causing air quality to change quickly. This allows little time for alerting nearby residents to take measures to protect their health.

Wildfires in 2011 spurred a proactive approach by the New Mexico Department of Health in preparing for and dealing with the wildfire season. In support, the New Mexico Tracking Programexternal icon created a number of resources, including fact sheets and posters, to educate residents about ways to protect their health during wildfires. Tracking program staff developed the 5-3-1 Visibility Methodexternal icon to help residents more easily judge smoke danger and decide when to head indoors. In addition, they devised an interactive mapping tool to help residents determine when wildfire smoke is near enough to cause them harm.

Using the tracking program’s method and resources, New Mexico residents do not have to wait for official smoke alerts before making decisions about how to protect their health during wildfires. Now they can monitor their community and move more quickly if needed. More residents are learning about the tracking program’s resources through the efforts of the US Forest Service, National Weather Service, and Southwest Coordination Center. The tracking program’s impact also extends beyond New Mexico—two states have adopted the program’s visibility tool for use in their forest management programs.

“Before the tracking network came up with the 5-3-1 tool we had a system which was wholly convoluted and complicated. It was very difficult for us to use as people trying to help inform the public and for the public to understand.” 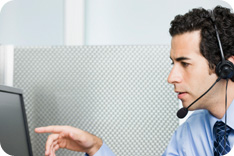 When people in New Mexico have concerns about cancer and perceived cancer clusters, they can contact several state agencies for help. Sometimes, multiple agencies responded to the same inquiry with different information. This approach used a lot of staff time and resources unnecessarily.

The New Mexico Tracking Program formed the Cancer Concerns Workgroup to provide a coordinated and efficient response to citizen concerns about environmentally-related health conditions and potential cancer clusters. The workgroup included professionals from cancer, chronic disease, and environmental health. With guidance from the tracking program, the workgroup developed a protocol for timely and consistent response and created a secure Cancer Concerns Database to log and track inquiries. The tracking program provides information about cancer risks, prevention messages, and data to use in responses.

Now, state public health agencies can collect cancer concern information and respond to inquiries consistently. Concerned citizens receive a quicker and more thorough response from a team of professionals. Before the protocol, it could take about 2 weeks to draft an initial response to an inquiry. Now the team can prepare a response within 24 hours.

The New Mexico Tracking Program looked at drinking water and urine sample test results. The tests measured amounts of uranium in the samples. The tracking program used the data to identify Grants Mineral Belt area residents whose drinking water was likely to expose them to uranium. The tracking program also developed resources to teach residents about uranium exposure. 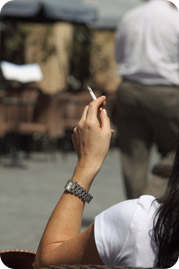 A resident called the New Mexico Department of Health to express concern about a potential increase in rates of tobacco-related cancers in the community. The health department put together a team to investigate and respond to the caller’s concerns. Team members came from the state tracking program, the Chronic Public Health Disease Prevention Bureau, and the NM Tumor Registry.

The New Mexico Tracking Program provided census-tract level data from the state tracking network to the team. The team then looked at cancer rates and risk factors for the caller’s neighborhood.

As a result of the investigation, the team provided a clear picture to the caller and the community about tobacco-related cancer risk in the area and the people most affected. Without the tracking network data, the team could not have provided specific cancer information. Also, responding to the caller’s concerns would have taken much longer. 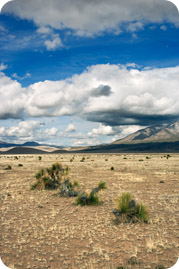 Propane gas leaks can cause unsafe levels of carbon monoxide (CO) to build up inside a home. People—and especially children— who breathe in CO can become very sick.

When emergencies like CO poisonings happen in rural parts of New Mexico, providing timely health services can be difficult. Often, rural areas do not have the staff or special skills to respond as quickly as in other areas.

New Mexico’s tracking program has developed educational resources to use during CO emergencies. Patient education materials on CO exposure and poisoning and other topics are available on the program’s tracking Web site. Also, tracking staff are available to consult with health care workers across the state about health education and outreach.

Without the state tracking program, rural communities would not have access to such high quality materials.