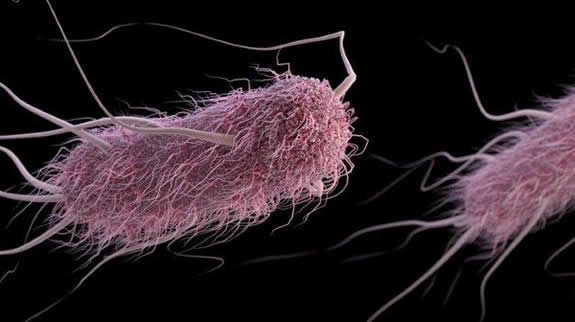 In November 2015, mcr -1—a gene that can make bacteria resistant to colistin, an old antibiotic that is the last-resort drug for some multidrug-resistant infections—was reported in China. The mcr -1 gene is on a plasmid, a small piece of DNA that is able to move from one bacterium to another. The gene has the potential to quickly spread to other bacteria and raises the possibility that bacteria already resistant to major antibiotics could become resistant to colistin as well.

Colistin is a crucial last-resort option. The drug is not frequently used in typical care because of its side effects. Colistin has recently been used, and increasingly, to treat patients with infections caused by multidrug-resistant bacteria against which colistin is still effective, despite its side effects. If colistin resistance spreads to bacteria that are already resistant to all other antibiotics, those bacteria could cause truly untreatable infections. We cannot keep bacteria from changing; bacteria will inevitably find ways of resisting the antibiotics developed by humans. This is why it is more important than ever to slow spread of resistance by following infection control measures for every patient, every time and to keep antibiotics working by improving how we use them.

CDC is making transformative improvements using resources provided by Congress in fiscal year 2016 to further identify and respond to new and known antibiotic resistance threats with activities like:

With China’s report, CDC and federal partners began hunting for and tracking mcr -1 in the United States.

However, less than six months after the first identification of mcr -1 in China, the U.S. Department of Defense (DoD) and USDA identified the gene in bacteria cultured from a Pennsylvania patient and retrospectively from the intestinal samples of two pigs, one in South Carolina and the other in Illinois.

After a U.S. resident was found to have a bacterium that contained the mcr -1 gene, CDC and state and local health departments in Pennsylvania immediately launched a coordinated public health investigation.

The bacteria found in the Pennsylvania patient was not resistant to all antibiotics. However, with the gene’s ability to move to other bacteria, including the “nightmare bacteria” carbapenem-resistant Enterobacterales (CRE), CDC launched an urgent public health response to contain and slow any potential spread.

To prevent mcr -1 from becoming widespread in the United States and further threatening antibiotics of last resort:

This discovery emphasized the importance of a coordinated public health response, not only to detect new threats like mcr -1, but also to track, slow, and respond to the emergence of antibiotic resistance.

Although there is no immediate threat to the public, the discovery of mcr -1 vividly illustrates the many domestic and global challenges facing us as we work to slow the spread of antibiotic resistance and improve antibiotic use. New resistant bacteria continue to emerge with the potential to severely impact our ability to provide medical treatment. The timely investments in the AR Solutions Initiative empower CDC to rapidly detect, investigate, and respond to emerging threats, like mcr -1; prevent resistant infections from occurring and spreading across healthcare settings and the community; and innovate, supporting development of new diagnostics and drugs to test, treat, prevent infections, and save lives.