Originally Posted as a CDC Feature on: April 2018 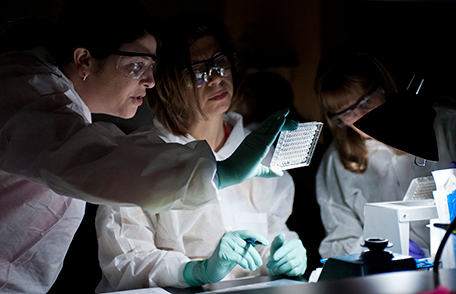 CDC empowers states to combat the growing threat of antibiotic resistance—when germs develop the ability to defeat the drugs designed to kill them. Identifying unusual resistance and taking early and aggressive action can keep germs from spreading.

Antibiotic resistance (AR) is harder to control once it spreads and becomes common. A recent CDC report highlighted the importance of containing the spread of “unusual” AR and includes data from CDC’s AR Lab Network, a new resource that can help identify these threats rapidly.

Antibiotic-resistant germs can spread like wildfire. Each year in the U.S., at least 2 million people become infected with bacteria that are resistant to antibiotics and at least 23,000 people die. You likely know someone who has had a tough-to-treat infection.

Some types of AR are already widespread but, when found early, unusual types of resistance can be easier to contain. Unusual resistance germs are resistant to all or most antibiotics tested and are uncommon or carry special resistance genes.

Early and aggressive action can keep germs with unusual resistance from spreading in healthcare facilities, known as the Containment Strategy. CDC estimates show that even if only 20 percent effective, this approach can reduce the number of cases of “nightmare bacteria” carbapenem-resistant Enterobacterales (CRE) by 76 percent over three years (in one area).

This approach is not new; it complements other effective CDC strategies to combat AR, like improving antibiotic use and preventing healthcare-associated infections. What is new is the AR Lab Network, established in 2016 to support nationwide lab capacity that rapidly detects AR in healthcare, food, and the community, and informs local responses to prevent spread.

According to the CDC report, the nationwide testing uncovered nearly 221 instances of germs with unusual resistance genes in “nightmare bacteria,” like CRE, in the U.S. (January-September, 2017). CDC supports more than 500 local staff across the country to combat antibiotic resistance to detect, respond, and prevent cases just like these. Every state is now better able to keep new threats from becoming common.

And you can take action, too!