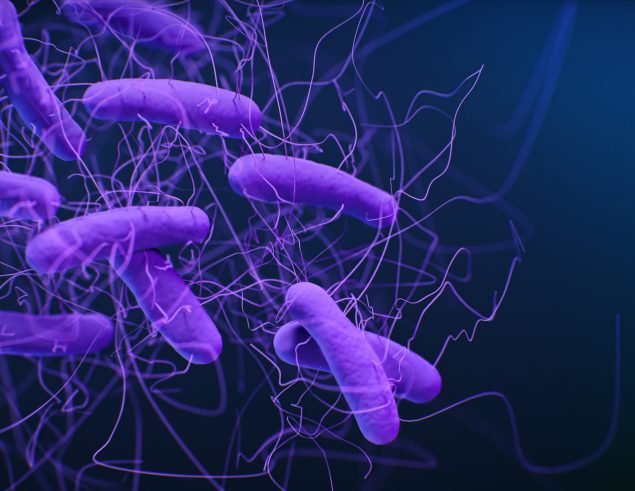 This pathogen (disease-causing germ) often preys on people who are sick and in the hospital, usually after they received antibiotics that damaged their gut microbiome pdf icon[PDF – 1 page] (the community of naturally occurring germs that lives in and on us). But some individuals are only colonized by C. difficile—meaning that they carry the germ but do not become sick from it and could be harmed by unnecessary treatment.

The diagnosis of C. difficile infection (CDI) is difficult because a positive test for the germ doesn’t prove infection—the patient might only be colonized. Other tests detect the toxins produced by C. difficile, which often indicates an active infection, but these tests sometimes miss true cases.

CDC funded an ambitious and novel study that assessed fecal metabolomes (amounts of all chemicals in feces) from patients tested for CDI. The study was published in The Journal of Clinical Investigations, titled Metabolomic networks connect host-microbiome processes to human Clostridioides difficile infectionsexternal icon. This work will help to better understand what is happening in the body and what causes CDI. The study was conducted by a multidisciplinary team of infectious disease physicians, biochemists, microbiologists, and mathematicians at Washington University in St. Louis and the University of North Carolina.  The team used mass spectrometry to measure and compare the fecal metabolomes of 186 patients from Barnes-Jewish Hospital in St. Louis, MO. (Mass spectrometry is an analytical tool that helps identify and characterize chemicals in a sample.)

The investigators found that human fecal metabolomes can provide new information currently not available, such as showing differences in the patients’ diets, medication use, genetic traits, and the actions of their different microbial communities. Mathematicians helped identify chemicals specifically connected to CDI among all the other chemical differences across patients. These chemicals may be helpful disease markers that could improve CDI diagnosis and treatment.

A medical test that identifies and quantifies this waste could help healthcare providers make more accurate diagnoses and better treatment decisions. It is also possible that future antibiotics that block only this kind of amino acid consumption might kill C. difficile while sparing healthy bacteria, thus protecting the patient’s microbiome.

The investigators also discovered that small amounts of a particular type of bile acids were often missing in patients with CDI.  Bile acids are chemicals that move between the human liver and the intestine to help people digest fats, and gut bacteria can modify these acids. Mathematical analysis of patient bile acids suggested a pattern that may predict a patient’s ability to resist C. difficile infection. Some of these patterns are made by certain groups of healthy bacteria that colonize the intestine. It may be possible to encourage colonization by these bacteria to treat or prevent CDI.

What’s Next for CDI?

Additional studies are needed to continue exploring innovative options. Although the combination of chemicals found in the human intestine is complex and varies among people, human metabolomic analysis is a promising way to measure how the gut microbiome functions during health and disease.

The insights gained from this study will help save lives by supporting future improvements in CDI diagnosis and treatment, including current studies in CDC’s latest AR innovation projects. While these studies are ongoing, continuing to improve antibiotic prescribing and use is critical to effectively treat infections, protect patients from harms caused by unnecessary antibiotic use, and combat antibiotic resistance.