In Vietnam, as in many countries, there are multiple factors contributing to the spread of antimicrobial resistance, for example:

CDC is assisting the Vietnam Administration for Medical Services (VAMS) within the Ministry of Health (MoH) with implementation of a national surveillance system. The system will allow the MoH to standardize antibiotic resistance data collection across healthcare facilities and more accurately describe the burden of antibiotic resistance within the country and trends or changes that can have global implications.

The national surveillance strategy is modeled after WHO’s Global Antimicrobial Resistance Surveillance System (GLASS) and includes the implementation of a standardized surveillance system among 16 hospital laboratories. Steps of this national strategy include: 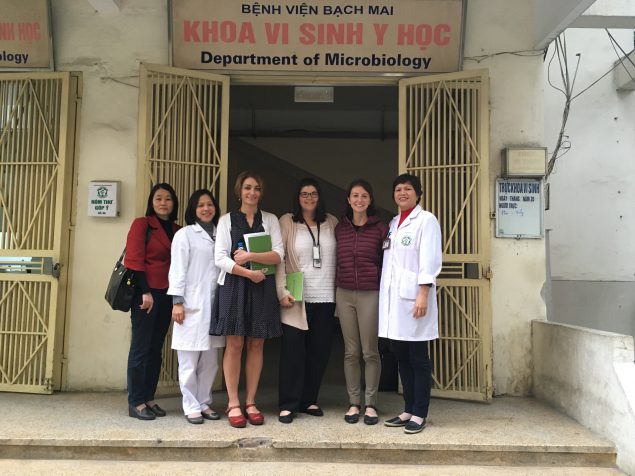 Vietnam Infection Control and Prevention staff and CDC-Vietnam staff meet with the directors of microbiology at Bach Mai Hospital, Hanoi, Vietnam, in 2017. 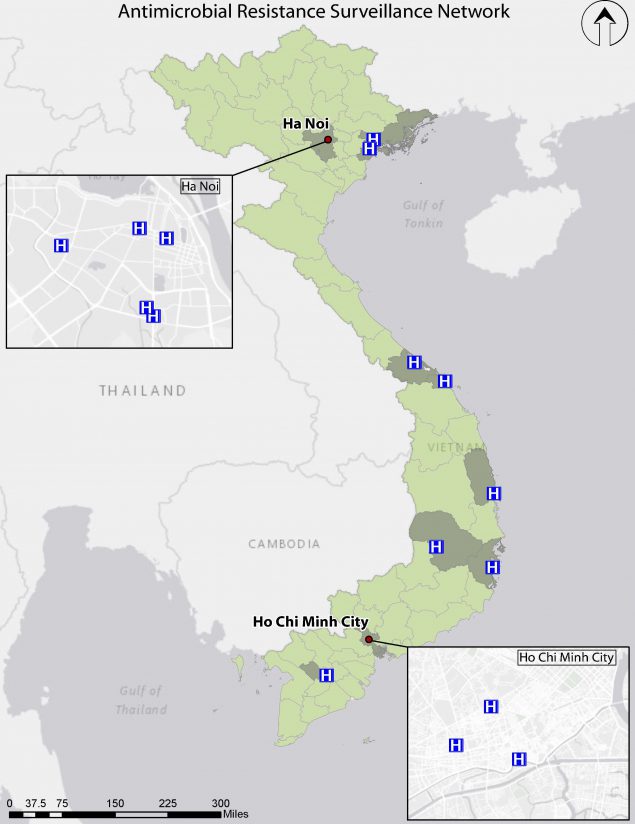 CDC is investing in additional antimicrobial resistance activities, for example:

Through strengthened surveillance, healthcare facilities in Vietnam will:

Together, CDC and partners are helping Vietnam combat the spread of antimicrobial resistance and fulfill their commitment to safe health care.