A 21-year-old exchange student from Nigeria presented to the University Clinic with a 3-day history of diarrhea, mild abdominal pain, loss of appetite, and fatigue. Stool samples collected in 10% formalin and Zn-PVA fecal preservatives were sent to the laboratory for analysis. Figures A–D show organisms seen by the technologist in a trichrome-stained slide of the Zn-PVA sample. The organisms ranged in size from 12-26 μm. What is your diagnosis? Based on what criteria? What other testing, if any, would you recommend? 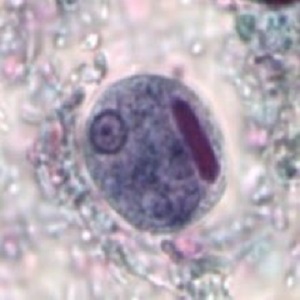 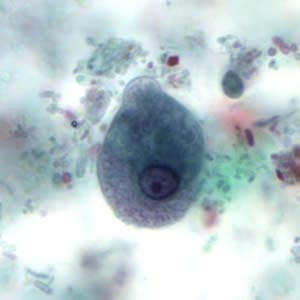 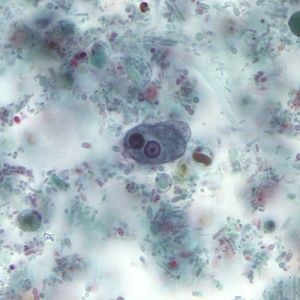 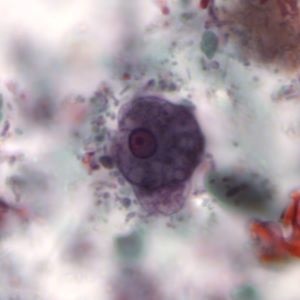 This was a case of amebiasis caused by Entamoeba histolytica/Entamoeba dispar. Diagnostic morphologic features included: