A 36-year-old man, who has made 2-3 trips per year for the past 5 years to various countries in Africa, sought medical attention for a recent episode of angioedema of the face and arms. He reported being bitten by insects on most trips, but on a recent trip he confessed to not taking any recommended malaria prophylaxis. A blood smear was ordered mid-day, prepared and stained with Giemsa. Two objects of interest were detected on a thin smear. Figures A and B shows one object at 500x and 1000x oil immersion respectively; the other object is shown in Figure C at 500x and Figures D and E at 1000x oil immersion.

What is your diagnosis? Based on what criteria? 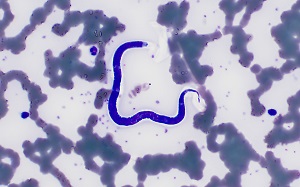 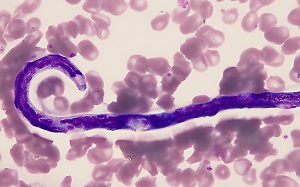 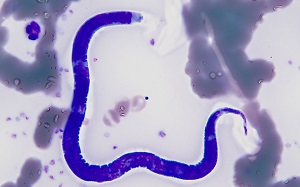 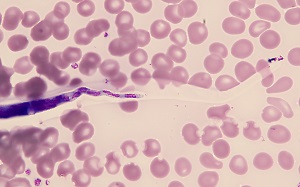 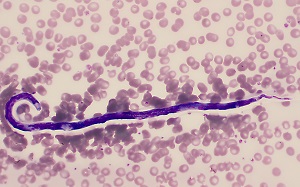 This was a case of loiasis caused by Loa loa, a filarid referred to as the African eye worm. Diagnostic morphologic features shown included: