An elderly female sought medical attention for fever, nausea, abdominal pain and generalized weakness. She had no travel outside of the eastern United States. However, she stated a history of tick bites and was presumptively diagnosed with tick-borne relapsing fever based on her clinical presentation. A Giemsa-stained blood smear was ordered and examined. Figures A–D show what was observed on the stained smears. What is your diagnosis? Based on what criteria?

This case and images were kindly provided by the Bureau of Laboratories at the PA Department of Health. 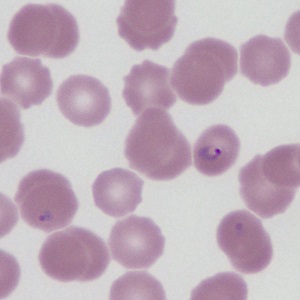 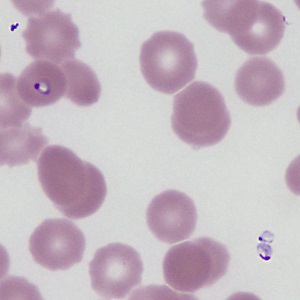 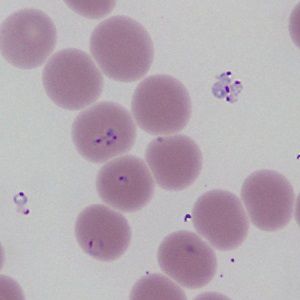 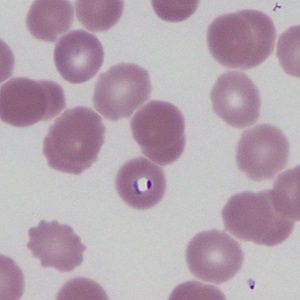 This was a case of babesiosis caused by Babesia sp. Diagnostic morphologic features included:

Diagnosis to the species level for Babesia is best performed using molecular methods such as PCR. Based on the geographical location of this case, Babesia microti is the most likely species although PCR was not performed to confirm. For areas where the other species or multiple species of Babesia are reported, serology, PCR or other molecular tests are recommended.