A state public health laboratory received three worms from a regional commercial laboratory for identification. The public health laboratory submitted the worms to the CDC/DPDx Team for diagnostic assistance. The submission form indicated that how and where the worms were collected was not provided by the commercial laboratory. Figure A shows all three worms for gross presentation and size determination. A dissecting microscope was used to observe morphologic features. Figures A and B shows two separate focal planes of the anterior of one worm; Figures C, D and E show three aspects of the tail. What is your diagnosis? Based on what morphologic features. 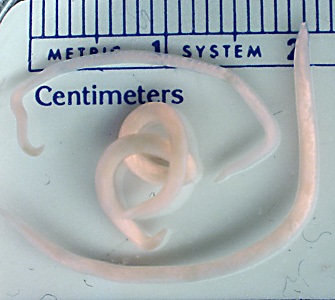 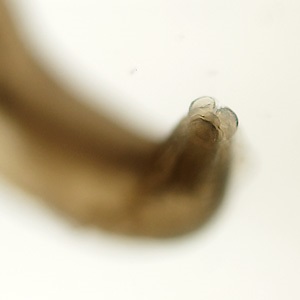 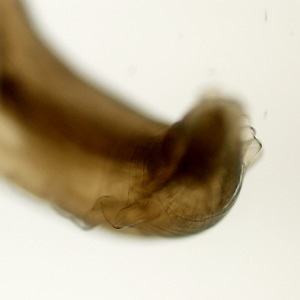 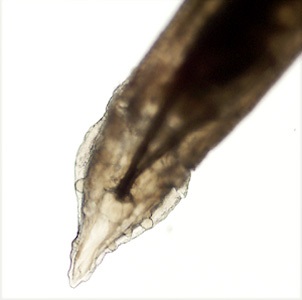 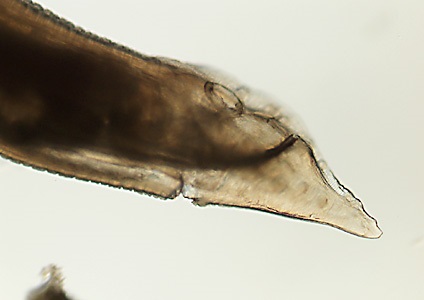 The worms shown in this case were adult Toxocara spp. and most likely were not recovered from the human patient. Diagnostic morphologic features shown in the Figures were:

Although humans can get toxocariasis, which is an infection caused by larvae of Toxocara spp., the larvae cannot mature to adults in humans so the worms provided were most likely obtained from the environment after being expelled by a dog or cat.