Stool specimens were collected from an asymptomatic 10-year-old boy from Panama as part of a refugee screening program. The stool was collected in 10% formalin and zinc PVA (Zn-PVA) and sent to the county health department for routine ova-and-parasite (O&P) examination. Figures A – I show what was observed at 1000x magnification with oil on a trichrome-stained slide made from stool preserved in Zn-PVA.  Objects in Figures A and G measured approximately 10 micrometers; all other objects of interest ranged from 17-25 micrometers. Figures C – E show different focal planes of the same object of interest to highlight internal structures. What is your diagnosis?  Based on what criteria? 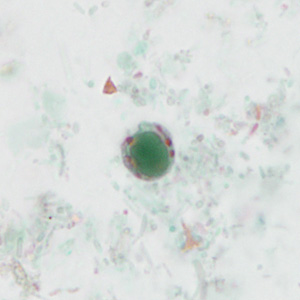 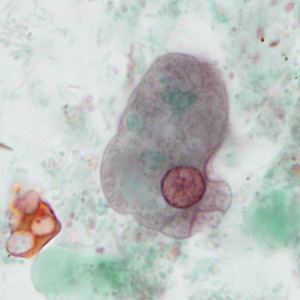 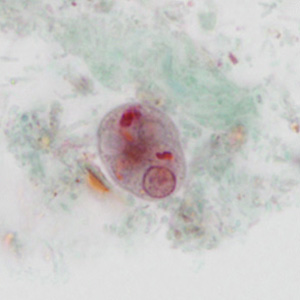 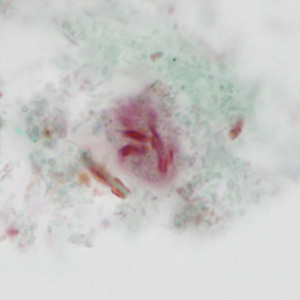 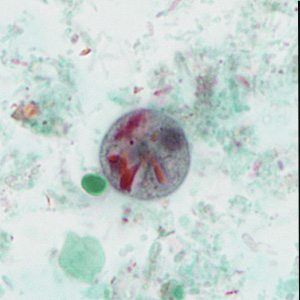 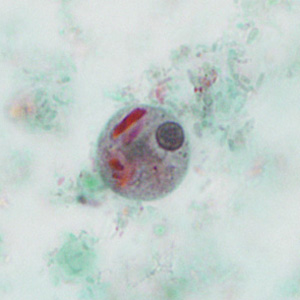 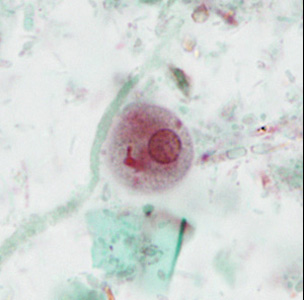 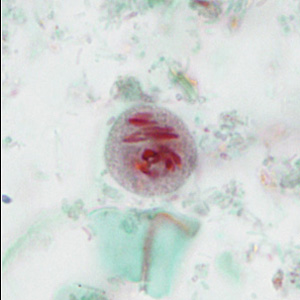 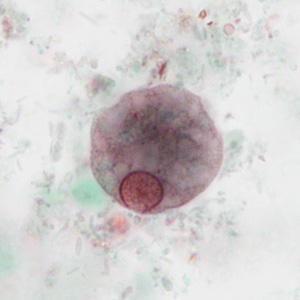 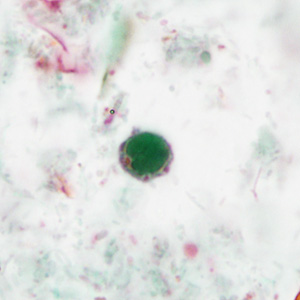 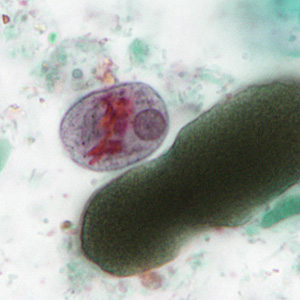 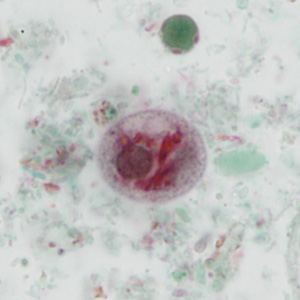 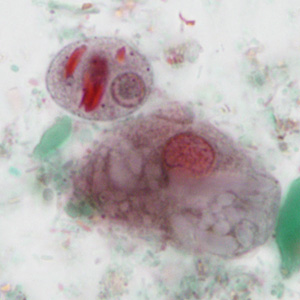 This case demonstrated Blastocystis hominis and Entamoeba polecki, the latter is a commensal amoebae and the pathogenicity of B. hominis continues to be open for debate but gaining acceptance as a cause of symptoms in some patients.  Morphologic features shown included: