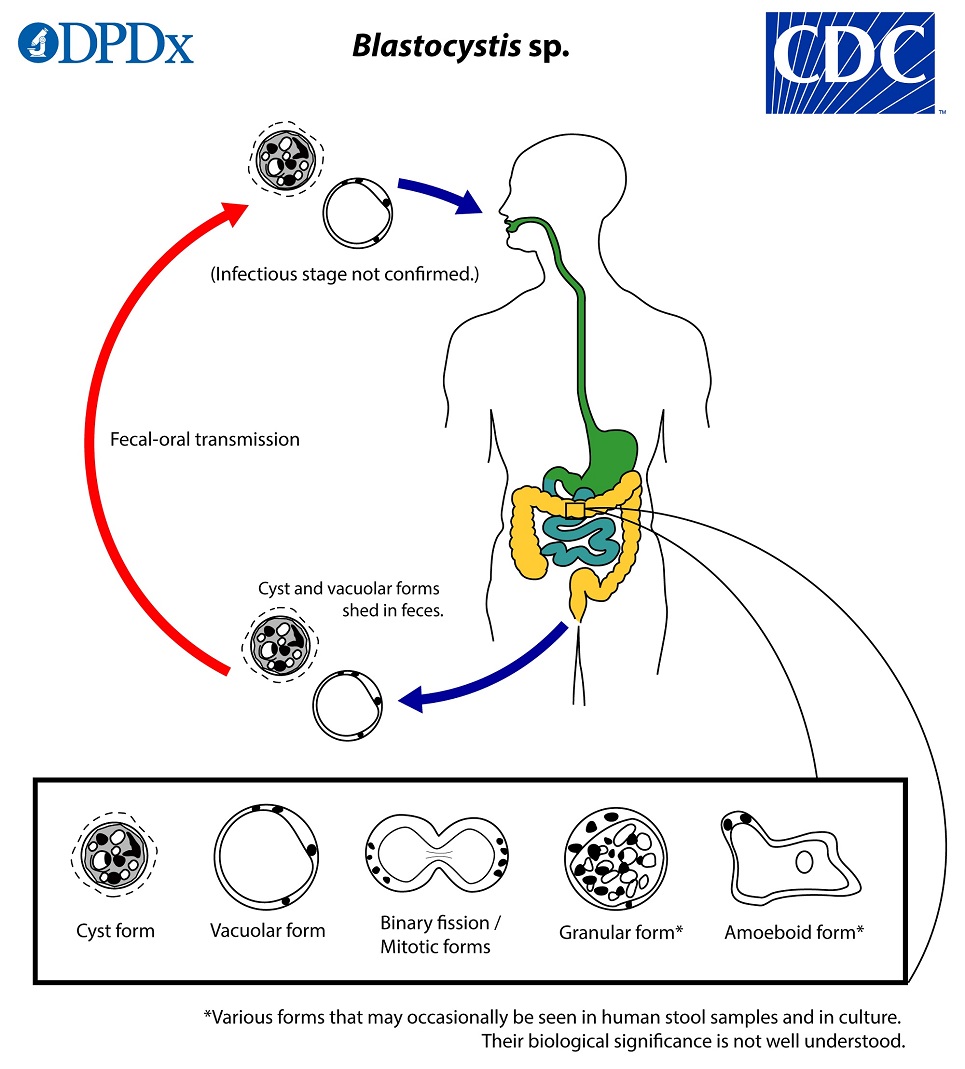 Blastocystis sp. in human stool specimens usually appears as spherical to oval vacuolar forms, which can vary widely in size (5 to 40 µm, occasionally much larger in culture; usual range in human stool is 8 to 10 µm) and typically consist of a central body, or “vacuole,” surrounded by a thin rim of cytoplasm containing up to six nuclei. The vacuoles stain variably from red to blue with trichrome; the staining facilitates detection and identification of the organism (e.g., differentiation from fecal debris). Other morphologic forms occasionally are noted in human stool specimens. 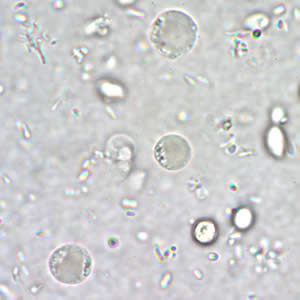 Figure A: Blastocystis sp. in an unstained wet mount. 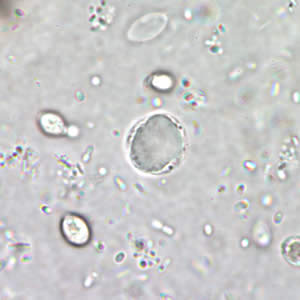 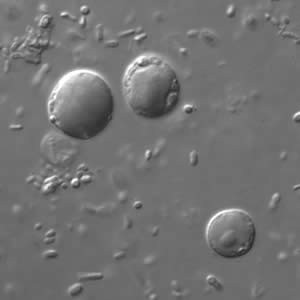 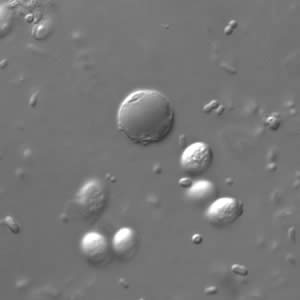 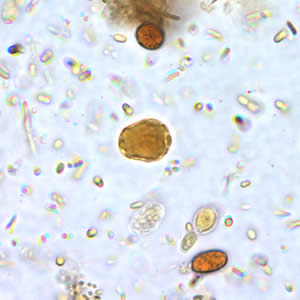 Figure A: Blastocystis sp. in a wet mount stained with iodine. 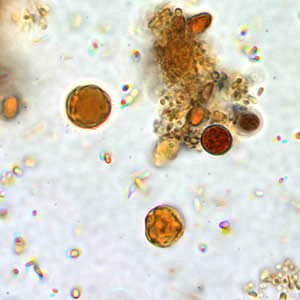 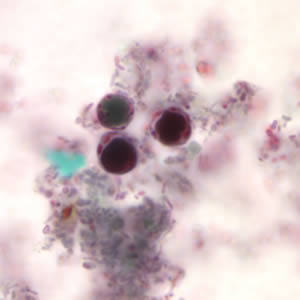 Figure A: Blastocystis sp. stained with trichrome. The nuclei in the peripheral cytoplasmic rim are visible, staining purple. 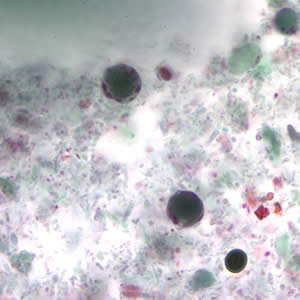 Figure B: Blastocystis sp. stained with trichrome. The nuclei in the peripheral cytoplasmic rim are visible, staining purple. 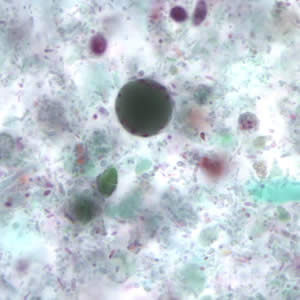 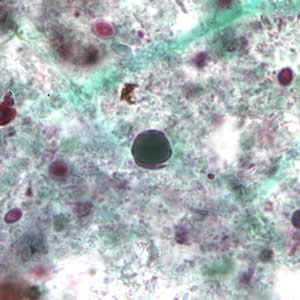 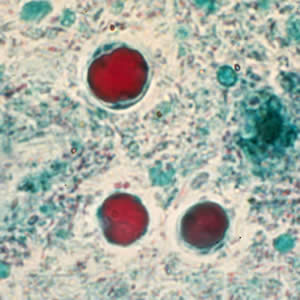 Diagnosis is based on identifying Blastocystis sp. (almost always the vacuolar form) in stool specimens. Permanently stained slides are preferred over unstained wet-mount preparations; in wet mounts, fecal debris may be mistaken for Blastocystis sp. and vice versa. Molecular methods are generally only used in research settings.

Standard precautions apply for the processing of stool specimens.