A 62-year-old female from rural Manitoba Province, Canada presented to a health care provider with abdominal pain, diarrhea, and peripheral eosinophilia.  A stool specimen was collected in sodium acetate-acetic acid-formalin (SAF) and a formalin-ethyl acetate (FEA) concentration was performed.  Figures A-D show what was observed microscopically on a wet mount; Figures C and D were stained with iodine. What is your diagnosis?  Based on what criteria? 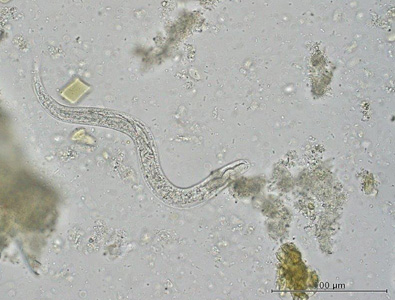 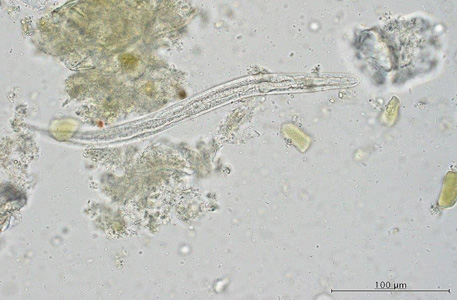 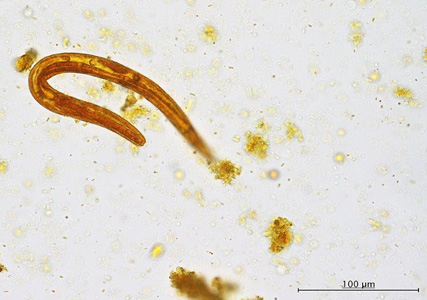 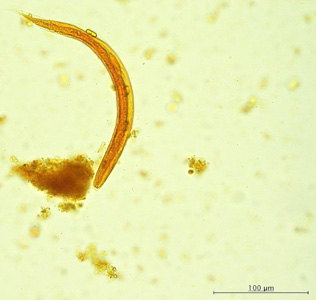 This was a case of strongyloidiasis caused by Strongyloides stercoralis. Diagnostic morphologic features shown in the images included: 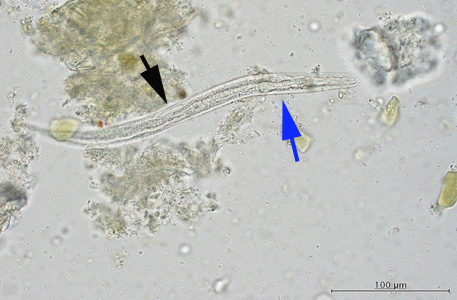 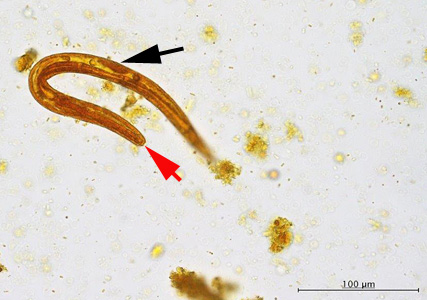 The morphologic features of the larvae shown in the images were consistent with first-stage rhabditiform (L1) larvae which is the stage usually found in stool.