A 27-year-old man had worms excised from his eyelid and chest at a health care facility in Canada. The patient had traveled to Sudan two years earlier, but had not traveled since then. The worms were sent to the DPDx Team for diagnostic assistance. The worm which was removed from the eyelid (Figure A) measured 55 mm in length. Figures B-D show the anterior, middle, and posterior portions of the same worm, respectively, at 100x magnification.  A thin cross-section was made with a scalpel at approximately mid-body and examined. Figures E and F show what was observed at 100x and 200x magnification, respectively, of the cross section. What is your diagnosis? Based on what criteria? 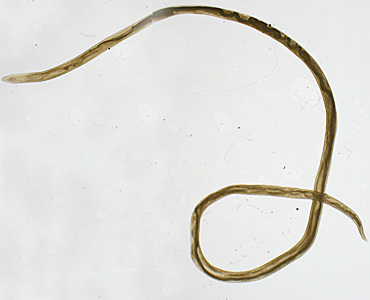 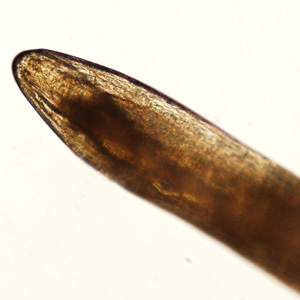 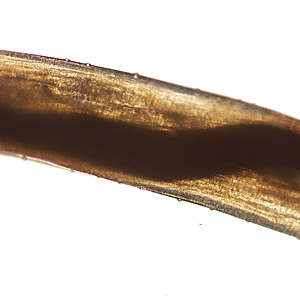 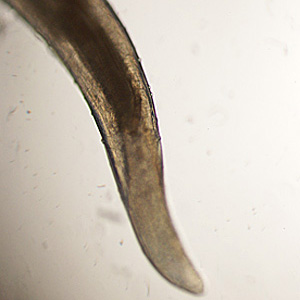 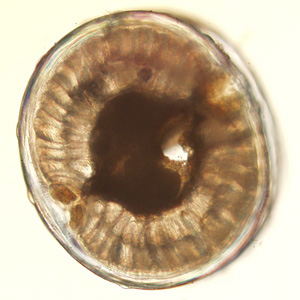 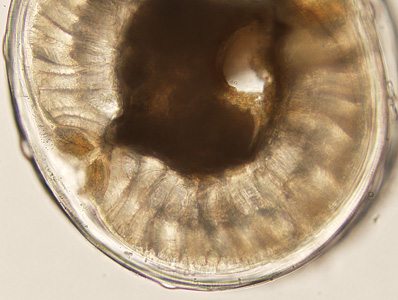 This was a case of loiasis caused by the African eye worm, Loa loa. Morphologic features shown in the images included: 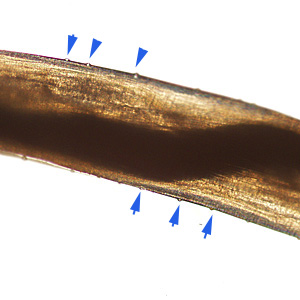 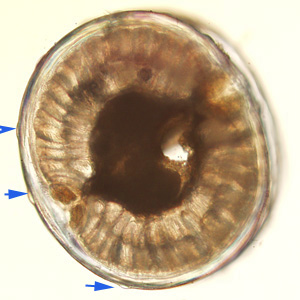 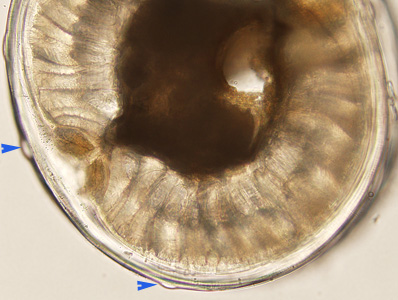 This case was kindly provided by The Provincial Laboratory of Public Health, University of Alberta, Edmonton, Canada