Stool specimens were collected from an asymptomatic 12-year-old boy from Myanmar as part of a refugee screening program. The stool was collected in 10% formalin and zinc PVA (Zn-PVA) and sent to the county health department for routine ova-and-parasite (O&P) examination. Figures A–D show what was observed at 1000x magnification with oil on a trichrome-stained slide made from stool preserved in Zn-PVA. The objects shown in Figures A–C measured 12-15 µm in length, on average; the object in Figure D measured 7 µm. What is your diagnosis? Based on what criteria? 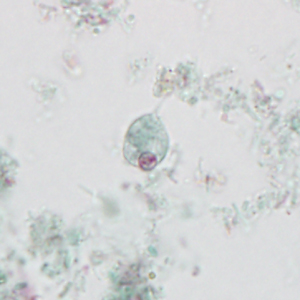 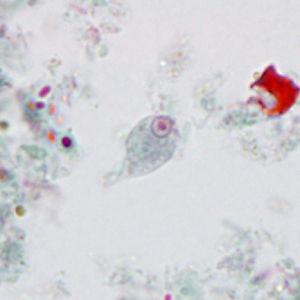 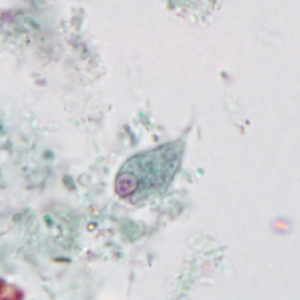 Chilomastix mesnili is not considered pathogenic. It should, however, be reported in all O&P examinations, as its presence can be indicative of a fecal-contaminated food or water source.