A hunter presented with abdominal pain and fever, which later developed into difficulty breathing with a nonproductive cough and rash. An investigation into his eating habits revealed that he had recently consumed undercooked bear meat. Blood tests revealed elevated peripheral eosinophilia. With serologic tests pending, the patient provided portions of the remaining bear meat for parasitological testing at the CDC. Figure A shows what was observed on a compression preparation of a small piece of meat between two slides; Figure B shows what was observed on a compression preparation from a small piece of meat that had been immersed for a few hours at 37ºC in artificial gastric fluid consisting of pepsin, hydrochloric acid, and water. Both figures were taken at 200x magnification. What is your diagnosis? Based on what criteria? 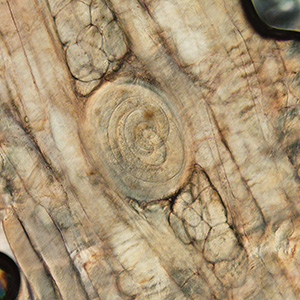 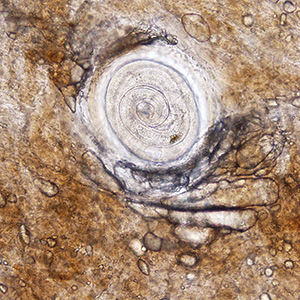 This was a case of trichinellosis caused by Trichinella spiralis. The objects shown in the images were larvae of Trichinella sp. encapsulated within the bear’s muscle tissue. Subsequent molecular testing (PCR followed by sequencing analysis) provided the species-level identification.