A 39-year-old immigrant from Panama sought medical evaluation for mild intermittent fevers.  A blood specimen was collected and thick and thin blood smears made and stained with Giemsa to confirm a presumed diagnosis of malaria.  No Plasmodium species parasite stages were observed on the blood smears, however Figures A–D show what was observed in low numbers on a thick smear at 500x magnification with oil; inset images at 1000x magnification with oil. The size range of the objects was 180-190 micrometers in length. What is your diagnosis? Based on what criteria? 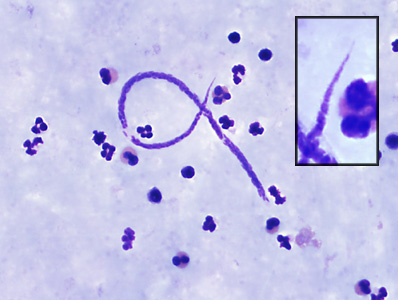 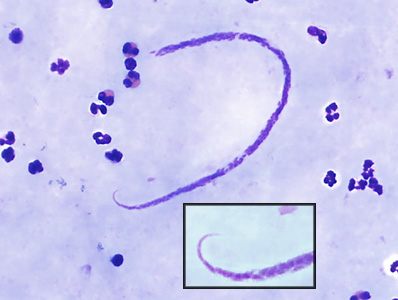 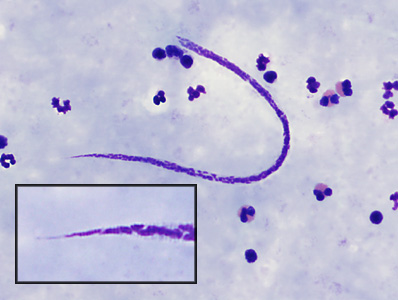 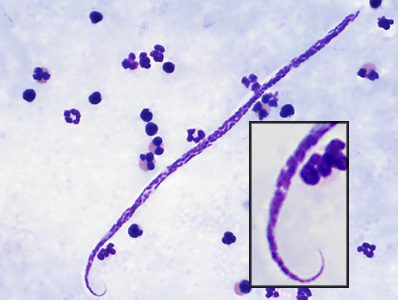 This was a case of mansonellosis caused by Mansonella ozzardi. Diagnostic morphologic features shown included:

Mansonella ozzardi is one of three species of Mansonella seen in the human host. Mansonella streptocerca is found in Africa. Mansonella perstans occurs in both Africa and South America while M. ozzardi occurs only in the Americas, from Mexico south to South America and in the Caribbean.