A 22-year-old man had a post-travel medical evaluation that included hematologic work-up after returning from an 11-day missionary trip to Honduras.  Blood was collected in EDTA at a medical center and thin smears were prepared and stained for examination.  The stained smears were forwarded on to the State Public Health Laboratory for confirmation for diagnostic assistance.  Digital images were captured at 1000x magnification with oil by the attending microbiologist at the PHL and submitted to the DPDx Team for a telediagnosis consult.  Figures A–H show eight of images that were sent for analysis.  What is your diagnosis?  Based on what criteria? 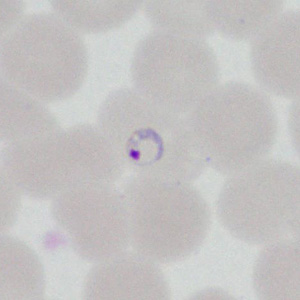 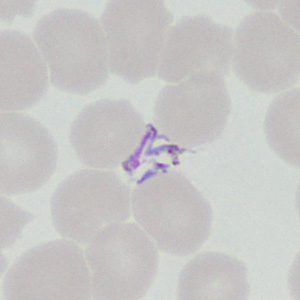 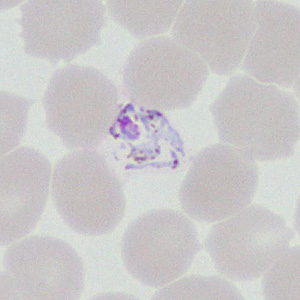 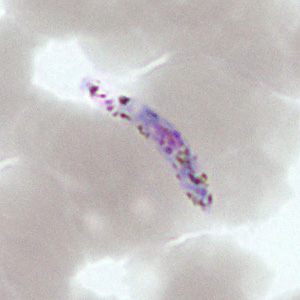 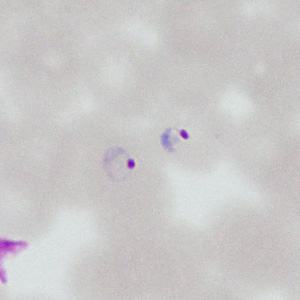 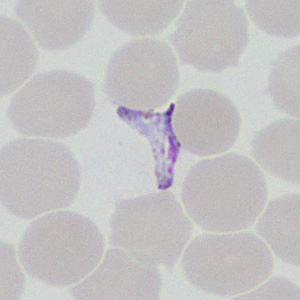 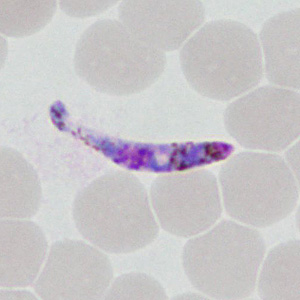 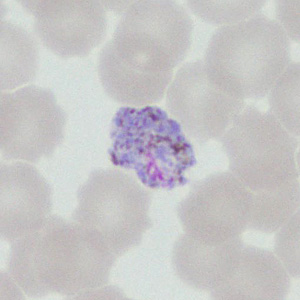 Figures D and G showed ookinetes. Ookinetes are motile zygotes formed by the combination of macrogametocytes and exflagellated microgametocytes in the mid-gut of the mosquito host. Ookinetes are not found in peripheral blood in the human host and are very rarely found on blood smears. Their presence on smears usually indicates a substantial delay occurred between the time the blood was collected and the time the slide was prepared. Their size and the way the pigment is distributed should be adequate to distinguish ookinetes from gametocytes of P. falciparum.

This case and images were kindly provided by the Pennsylvania Department of Health, Exton, PA.