After returning from a weekend camping trip, a hunter from Massachusetts discovered a tick attached to his lower leg. He removed the tick and brought it to his local health department, who in turn forwarded the specimen to the State Entomologist for identification. Figure A shows a dorsal view of the tick, while Figure B shows the underside. Figure C shows a close-up of the mouthparts. What is your identification? Based on what criteria? What is the public health importance, if any, if this genus in North America? 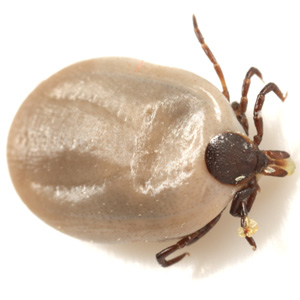 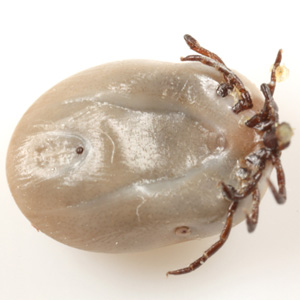 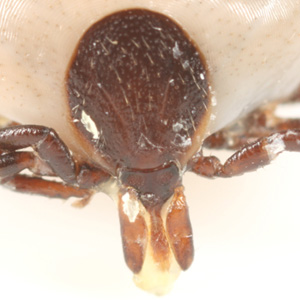 The tick shown in the images was a female Ixodes sp. Diagnostic features shown included: 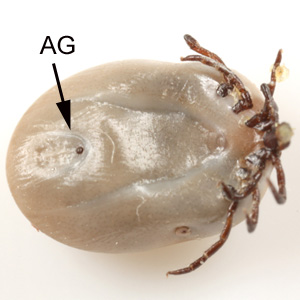 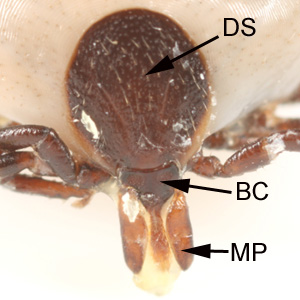 The lack of festoons also supported an identification of Ixodes. However, in this engorged state, festoons may be difficult to visualize. The smaller dorsal shield, that only covers a small portion of the body, indicated the specimen was a female. In North America, Ixodes spp. are primarily vectors of Babesia spp. (babesiosis) and Borrelia burgdorferi (Lyme Disease). The two most medically-important species in North America are I. scapularis and I. pacificus. Identification of ticks to the species level can be challenging and is often best left to experienced entomologists and microbiologists.