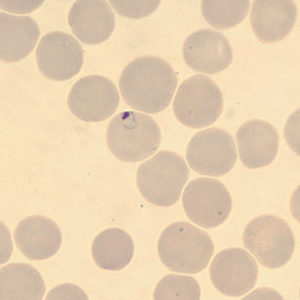 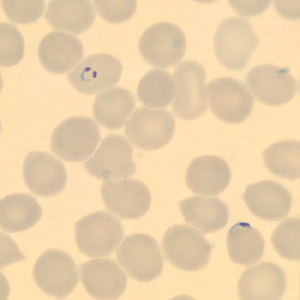 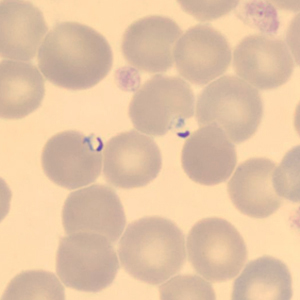 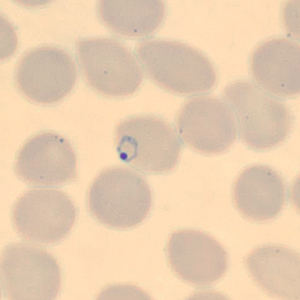 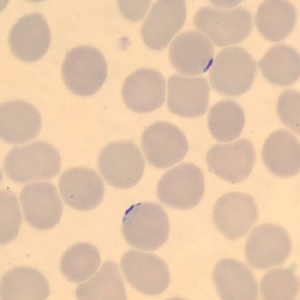 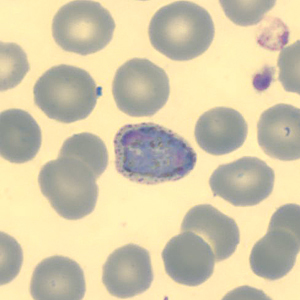 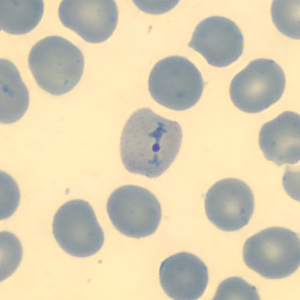 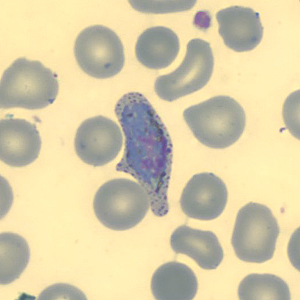 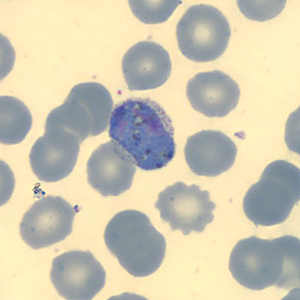 This was a case of malaria caused by a dual infection with both Plasmodium falciparum and P. vivax. After the initial telediagnosis consultation, follow-up smears and EDTA blood were sent to the CDC-DPDx for further work-up.

In the initial specimen, only P. falciparum was identified by microscopy. The slides showed only ring-form trophozoites in normal-sized RBCs (Figures A–E). The rings were thin with delicate cytoplasm and several had double-chromatin dots (Figure B). Appliqué forms were also observed (Figures B, C, and E).

This case and images were kindly provided by the California Department of Health, Richmond, CA.