Stool specimens were collected from Haitian refugees as part of a screening program for intestinal parasites. Stool was collected in polyvinyl alcohol (PVA) and 10% formalin and sent to the county public health lab for routine ova-and-parasite (O&P) examination. Figures A–D show what was observed in moderate numbers from one of the patients on a trichrome-stained slide from the PVA-preserved stool. All images were captured at 1000x magnification. What is your diagnosis? Based on what criteria? 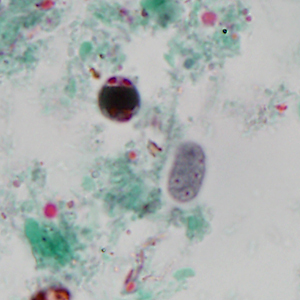 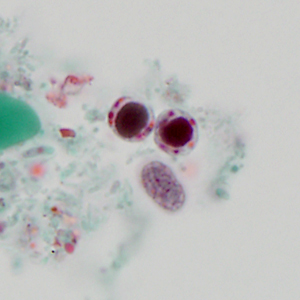 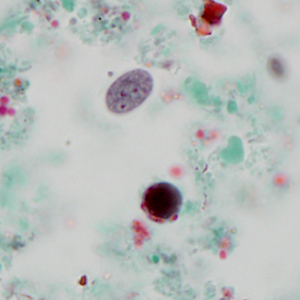 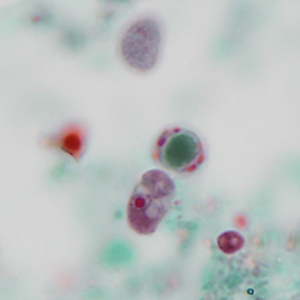 This case showed a mix of two intestinal protozoa, Endolimax nana and Blastocystis hominis. Both species were shown in all four images. Diagnostic features included: