The DPDx Team received images from a hospital in the Netherlands for diagnostic assistance to identify an arthropod. The arthropods were presented to the hospital by a lady who found them under her mattress. She complained of being bitten during the night and wanted to know if the organisms of interest were responsible for the bites and if there was any public health importance associated with them. Figures A–C show dorsal, ventral and lateral shots of the arthropod, respectively. Figure D shows a close-up of the mouthparts. What is your identification? Based on what criteria? What, if any, is the public health importance of this organism? 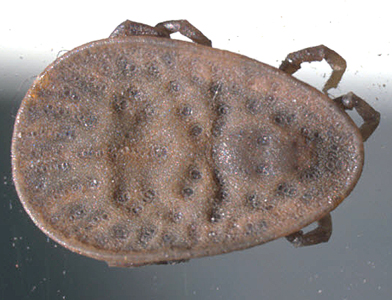 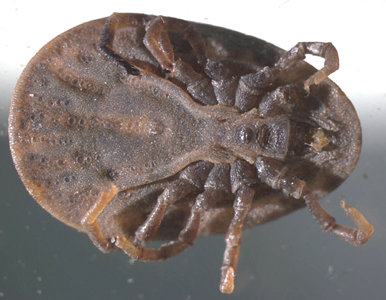 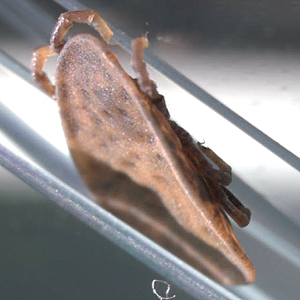 After a diagnosis was made to the submitter in the original case, follow-up information was provided that the patient has pigeons roosting outside her bedroom window. Argas reflexus is generally not considered of being of public health importance to humans. There are documented cases where people have experienced anaphylactic shock after being bit by pigeon ticks, probably due to allergic reactions to salivary proteins. Members of the genus Ornithodoros are known vectors of Borrelia hermsi (tick-borne relapsing fever, or TBRF) in North America and several TBRF spirochetes in Africa.

This case and images were kindly provided by the Laboratory for Parasitology, Erasmus University Medical Center and Rotterdam Harbor Hospital, Rotterdam, the Netherlands.