A 47-year-old woman originally from El Salvador had been living in Minnesota for 16 years. She visited family in El Salvador for about a month during the summer. One month after returning to Minnesota, she was admitted to a local hospital for an appendectomy. Biopsy specimens were collected and sent to a pathology lab for routine sectioning and staining. The surgical pathology showed a granulomatous appendicitis with abundant eosinophils with what appeared to be an intravascular helminths. Her absolute eosinophil count was 500. Images (Figures A–D) were captured and sent via email to DPDx for diagnostic assistance. The images in Figures A and C were captured at 100x magnification; the images in Figures B and D at 160x magnification. What is your diagnosis? Based on what criteria? 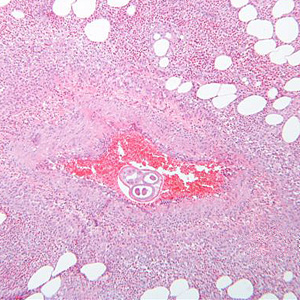 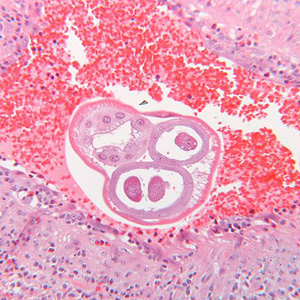 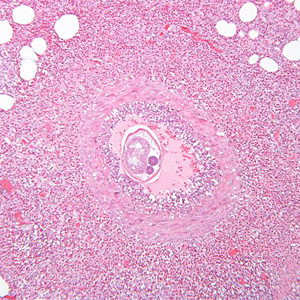 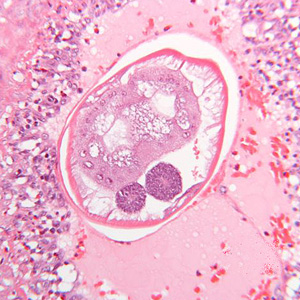 This was a case of angiostrongyliasis caused by Angiostrongylus costaricensis. Diagnostic morphologic features included: 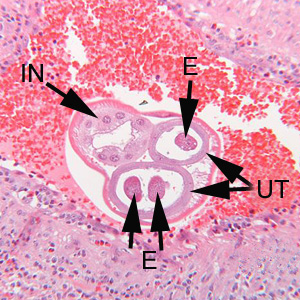 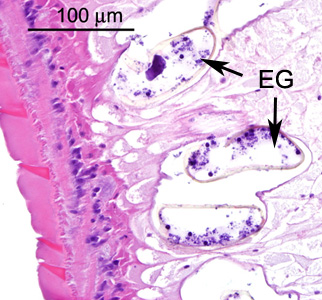 This case and images were courtesy of Regions Hospital, St Paul Minnesota.