A 40-year-old man sought medical attention at a hospital one week after returning from a mining operation in Ghana. He presented with diarrhea, vomiting, and night fevers. Although not confirmed, it was assumed that he did not take any anti-malarial prophylaxis. Two sets of thick and thin blood smears were made, one set of which was stained with Wright-Giemsa. Both the stained and unstained smears were sent to the CDC for diagnostic assistance. Figures A–E show what was observed on the pre-stained thin smear in moderate numbers. What is your diagnosis? Based on what criteria? 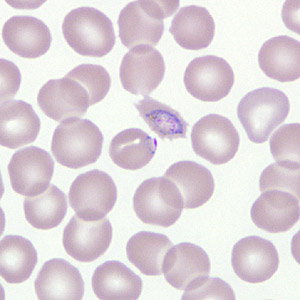 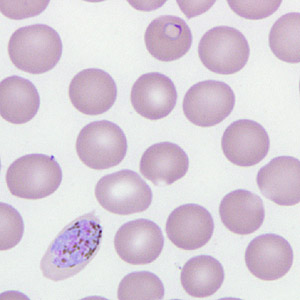 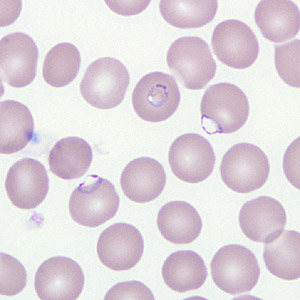 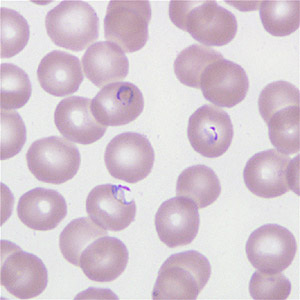 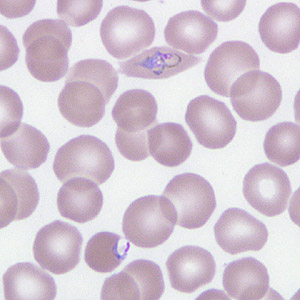 This case was a mixed infection of malaria, caused by Plasmodium falciparum and P. ovale. Diagnostic features included:

The unstained thin smear submitted to CDC was subsequently stained with Giemsa. Figures G–J show that Schüffner’s stippling was observed in some of the infected RBCs, supporting the diagnosis of P. ovale. Schüffner’s stippling was not observed in any of the RBCs exhibiting P. falciparum rings. This case highlights the importance of using Giemsa stain, at a pH at or near 7.2, over Wright-Giemsa stain, in helping to assure an accurate diagnosis is made. EDTA blood was also received for this case, and PCR performed on the blood confirmed the mixed infection. 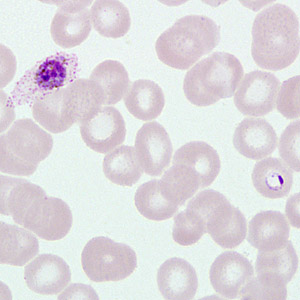 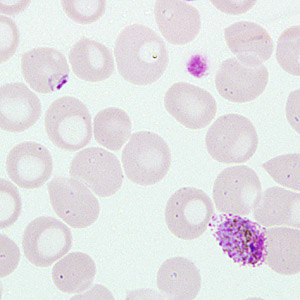 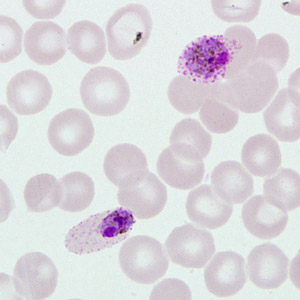 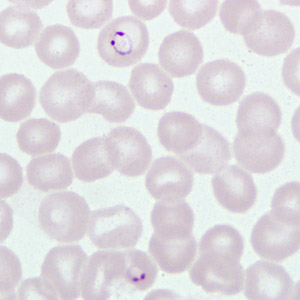