An 80-year-old resident of a long-term care facility presented with a skin condition manifesting as thick crusts over the skin accompanied by slight itching. The patient was originally treated for impetigo, with no resolution, and was ultimately admitted to the hospital for further testing. A skin biopsy was performed. The specimen was sectioned, stained with hematoxylin and eosin (H&E) and sent to a dermatopathologist for diagnostic assistance. Figures A–D show what was observed in the stained sections. Figures A and B were taken at 200x magnification. Figures C and D represent the same fields, respectively, taken at 400x magnification. What is your diagnosis? Based on what criteria? 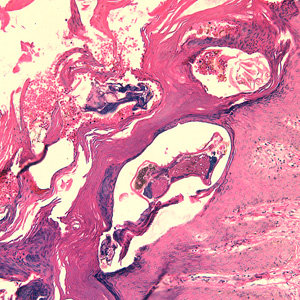 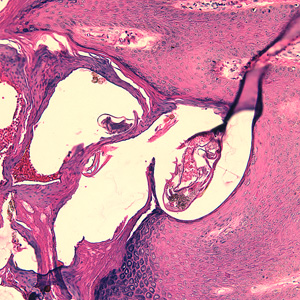 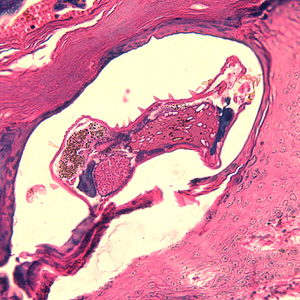 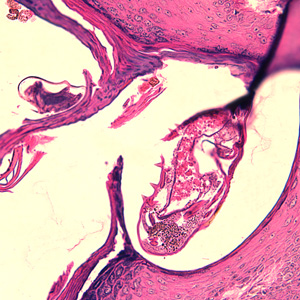 This was a case of scabies caused by the human itch mite, Sarcoptes scabiei. Diagnostic features included: 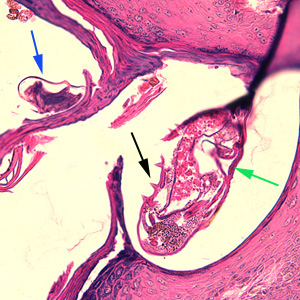