Within a week of returning from a conference in Mexico, a 28-year-old woman presented to her primary care physician with cramps, abdominal pain, gas and diarrhea. A routine Ova and Parasite (O&P) examination was performed on stool specimens. Figures A–F show objects observed on a trichrome-stained slide prepared from the stool. All images were taken at 1000x oil magnification. The objects in Figures A–C measured 12 micrometers. The objects in Figures D and E averaged 10 micrometers. The object in Figure F measured 12 micrometers in diameter. What is your diagnosis? Based on what criteria? 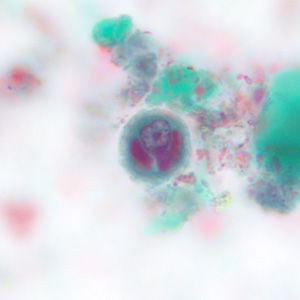 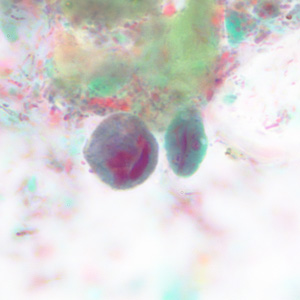 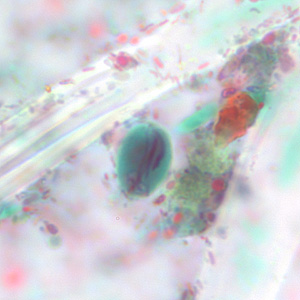 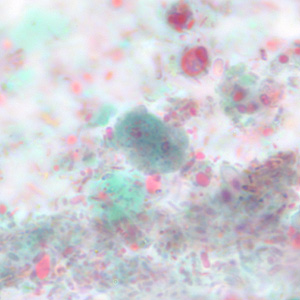 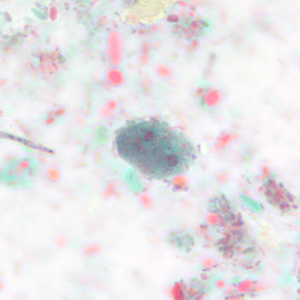 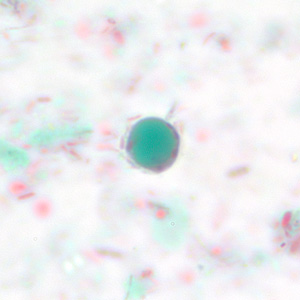 This was a case of giardiasis caused by Giardia duodenalis (Figures B and C). Also observed were Entamoeba polecki (Figures A and B), Dientamoeba fragilis (Figures D and E) and Blastocystis hominis (Figure F). Although the pathogenic status of E. polecki, B. hominis and D. fragilis is currently unresolved, but they should be reported in all routine O&P examinations. The diagnostic features for each organism included: