Related Pages
Images captured from a trichrome stained smear were submitted to DPDx for diagnostic assistance. The smears were made from a polyvinyl-alcohol (PVA) preserved fecal specimen, but no other patient or specimen information was given. The submitter wanted confirmation for one parasite they had identified and was not sure of the other organism observed on the smear. Figures A-C show the objects in question under 1000× magnification. All images were cropped to the same dimensions by DPDx. What is your diagnosis? Based on what criteria? What valuable information would have been useful if provided? 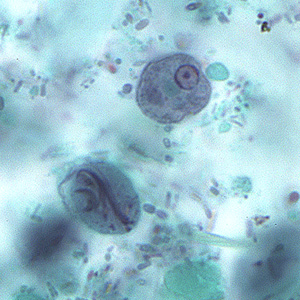 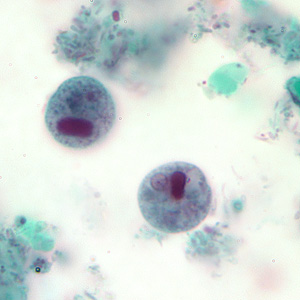 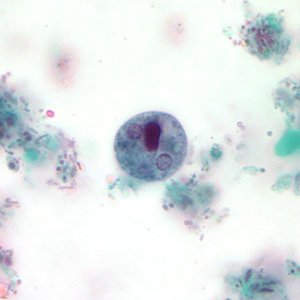 This was a case of giardiasis caused by Giardia duodenalis. Also shown were cysts and trophozoites of Entamoeba hartmanni, a nonpathogenic amoeba. Diagnostic features were: 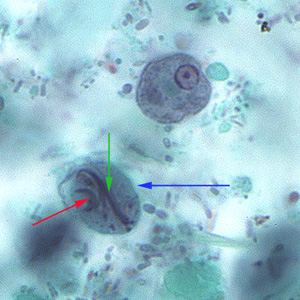