Related Pages
A huntsman killed a bear and prepared it for eating and freezing by cutting it into roasts, steaks, and grinding the trimmings. Later that same day, he ate a burger made from some of the fresh meat and cooked rare. Approximately two and a half to three weeks later, the hunter experienced fever, diarrhea, and muscle pain. However, medical attention was not sought for another six weeks. He had elevated eosinophilia and several laboratory tests were ordered. The Division of Parasitic Diseases’ reference diagnostic laboratory received some of the bear meat for examination. A digestion technique using 0.1% pepsin and 0.1% hydrochloric acid was used on the meat and a muscle squash was made from the softened tissue. Figure A, taken at 400× magnification, and Figures B-E, taken at 1000× magnification, show what was observed. What is your identification of the objects in the meat? What is your diagnosis? Based on what criteria? 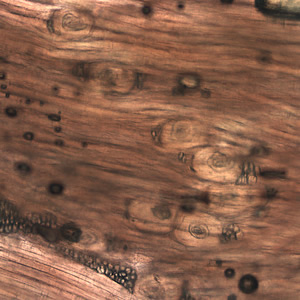 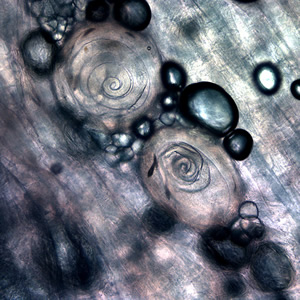 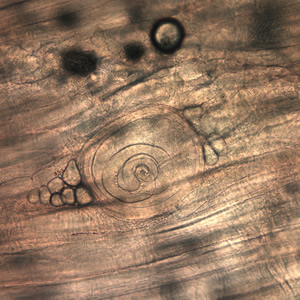 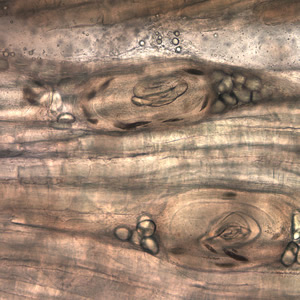 The objects observed in the meat were larvae of Trichinella sp. Diagnostic features included the presence of encapsulated, coiled larvae located in muscle tissue of the bear, which is consistent with some Trichinella spp. Serologic testing was performed on serum from the patient and was positive for Trichinella by EIA.