A 29-year-old missionary lived in Gabon and Cameroon for one year. Eight months into her stay, she went to a medical clinic with complaints of headache, fever, chills, and some diarrhea. She reported to the physician that she did not adhere consistently to her malaria prophylaxis regime. The physician ordered a blood film examination; thick and thin blood films were made and stained with Wright’s. Figures A-D show objects that were seen on the thin blood film. What is your diagnosis? Based on what criteria? Would you recommend any laboratory confirmatory test to make the diagnosis specific? 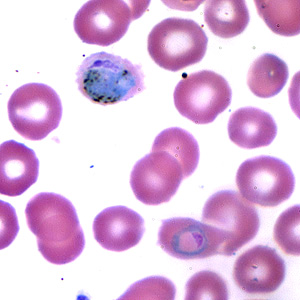 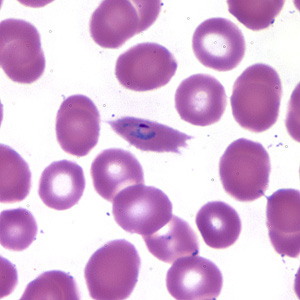 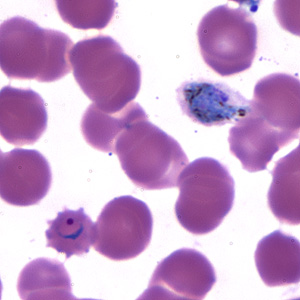 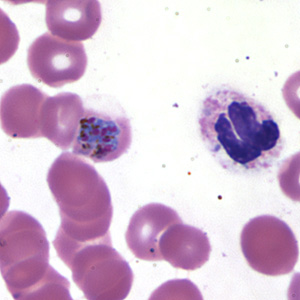 This was a case of malaria caused by Plasmodium ovale. Diagnostic features included: 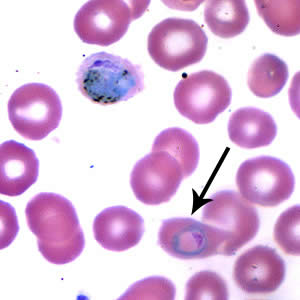 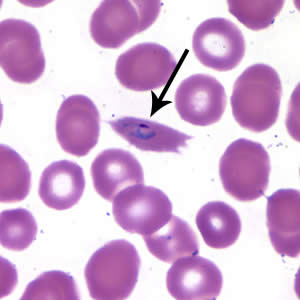 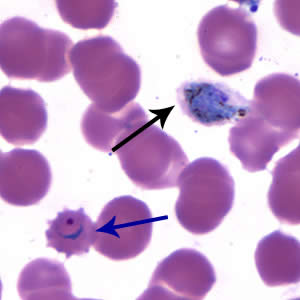 Because of the clear morphologic features observed, additional confirmatory testing such as PCR was not deemed necessary in this case.