A woman went to a local emergency room due to fevers and chills. She reported that she had traveled abroad to Burma and Thailand recently for three weeks. When she traveled abroad previously, she had taken malaria prophylaxis that she received from a travel clinic, but she had not returned to the clinic before her most recent trip. A blood film examination was ordered, and thick and thin smears were made and stained using ENG Scientific Malarial Quick Stain. The hospital sent the smears to the Rhode Island Department of Health Laboratory for identification of species. The RI laboratory sent images captured from the smears to the DPDx telediagnosis assistance for confirmation. Figures A-D were captured at 1000× magnification. What is your diagnosis? Based on what criteria? 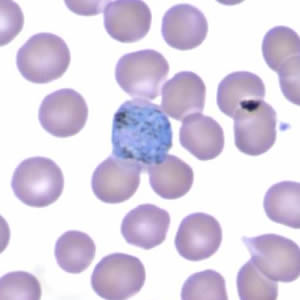 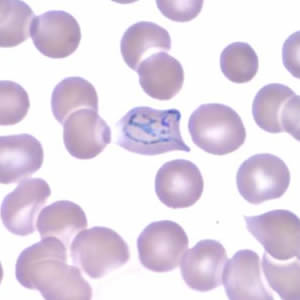 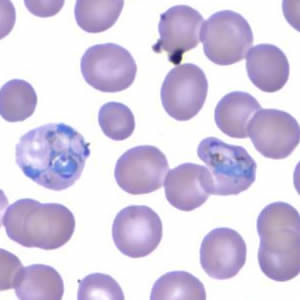 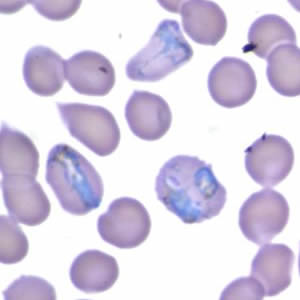 This was a case of malaria caused by Plasmodium vivax. Diagnostic features were: 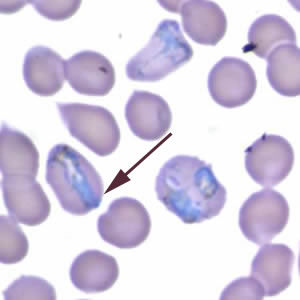 Due to the type of stain used, Schüffner’s stippling was not visible, however the other features were sufficient for a diagnosis of P. vivax.

This case was kindly contributed by the Rhode Island Department of Health Laboratory.