A 50-year-old returned to the United States after working with a missionary group in Mali and Senegal for 10 years. He went to a local hospital with a low-grade fever for 2 days. The physician ordered a blood film examination and thick and thin films were made and stained with Giemsa. Figures A-D show the objects, ranging in size from 236 to 245 micrometers, that were seen on the thick blood film. Figures A and C were captured at 400× magnification and Figures B and D were captured at 1000× magnification. What is your diagnosis? Based on what criteria? 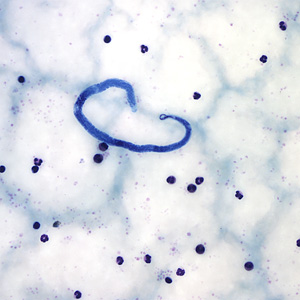 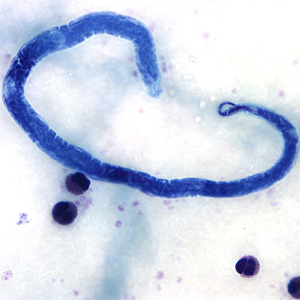 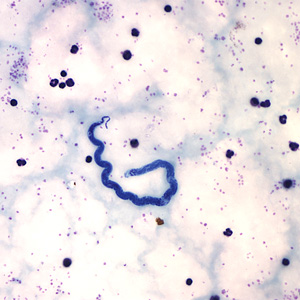 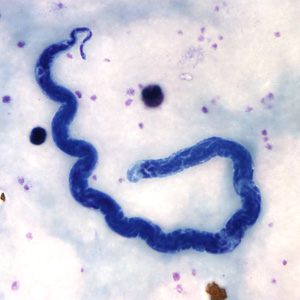 This was a case of loiasis, caused by Loa loa. This case was diagnosed based on observation of microfilaria found on a Giemsa-stained blood film. Clinical presentation of an infection with Loa loa usually does not include fever and therefore the physician would have to perform other testing to determine the cause. Diagnostic features included: