A 61-year-old New England resident was visiting his relatives in Georgia for the summer. He had recurring fevers and general weakness and at night he often experienced gastrointestinal discomfort. His relatives took him to a local hospital where he was examined and both blood and stool were collected for testing. An ova and parasite (O & P) examination was ordered for the stool specimen, and blood smears were made from the blood specimen and stained with Wrights-Giemsa. The O & P was negative for parasites. Figure A is taken from an area of the stained thick blood smear, and Figures B-D were from the thin smear. What is your diagnosis? Based on what criteria? 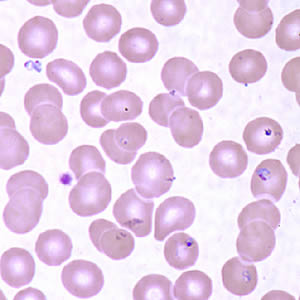 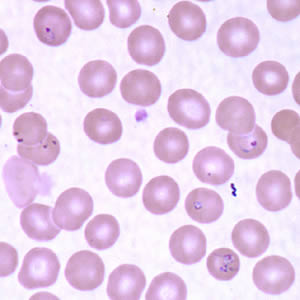 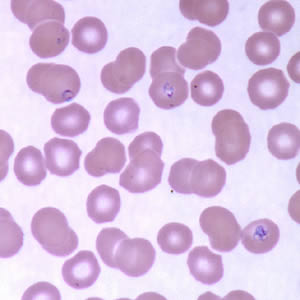 This was a case of babesiosis caused by Babesia spp., probably B. microti. Diagnostic features included: