A 39-year-old female had a descending colon biopsy to determine the cause of symptoms that included chronic abdominal pain and discomfort. No pertinent travel history was known. Worm-like objects were detected during the biopsy, and some were recovered. The specimens were sent to the South Carolina state health department laboratory for identification. Lab personnel at the state took digital images (Figures A-C) and sent them to DPDx at CDC for assistance in making an identification via telediagnosis. What is your diagnosis? Based on what criteria? 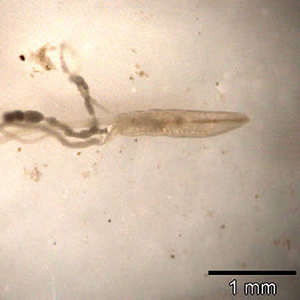 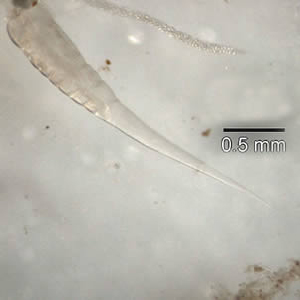 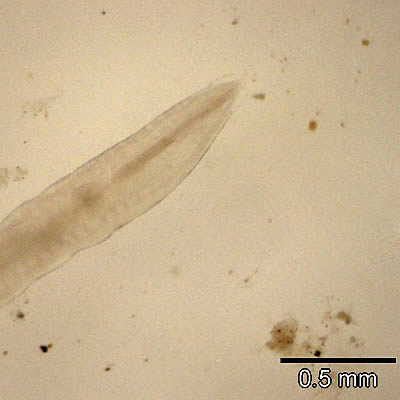 This was a case of enterobiasis caused by Enterobius vermicularis (pinworm). Diagnostic features were:

The DPDx Team asked laboratory personnel at the South Carolina Bureau of Laboratories to try to “tease out” some eggs, photograph them, and submit an image to verify the initial diagnosis. The image of the egg below shows a typical pinworm egg based on size (50-60 by 20-32) and shape (oval with one side flattened). 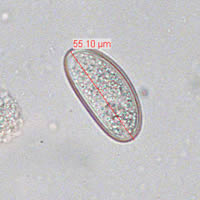 This case was kindly contributed by the South Carolina Department of Health and Environmental Control, Bureau of Laboratories.