Kaitlin is a 13-year-old living in Galena, Missouri. When she was 7, Kaitlin developed AFM and experienced paralysis in both arms, her neck, and her diaphragm. Through treatment and therapy, she has made excellent progress. She can walk on her own, she can breathe without assistance, and she has regained some movement in her arms. 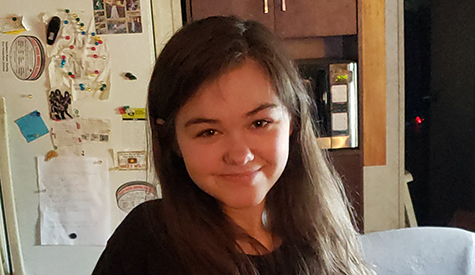 In September of 2014, just after Kaitlin had started second grade, she had her tonsils removed. A little over a week after her operation, she developed a sore throat and had a low-grade fever. Her dad Dan assumed it was related to the tonsillectomy and treated her with acetaminophen and ibuprofen. But a few days later, on Friday, September 5, she woke up and told her dad she couldn’t move her arm. She tried to move across her bed on all fours, and her arm collapsed under her. Dan lifted her arm up and asked her to hold it there, and she couldn’t. He decided to take her to the ER in nearby Branson.

At the ER, doctors completed CT scans of Kaitlin’s head, back, and neck, as well as an MRI of her head. They initially suspected a stroke, but the test results didn’t support that diagnosis. Kaitlin was very thirsty, but they didn’t want to give her fluids initially, pending a diagnosis. When she was finally allowed to drink, her throat hurt so bad she couldn’t swallow. After 12 hours at the ER, the doctors told Dan to take Kaitlin home and follow up with their pediatric neurologist the following week.

On Saturday morning, Kaitlin was visibly dehydrated. Dan remembers he told her, “You look like a wilted flower.” Kaitlin still couldn’t use her left arm and told Dan she thought she needed to go back to the hospital. This time they went to a hospital in Springfield. Right away, a trauma doctor suspected AFM, which they referred to as atypical transverse myelitis at the time. He ran an MRI of her neck, which showed a cervical spine lesion. Doctors said they weren’t equipped to handle this type of pediatric case and started preparing Kaitlin for a transfer to a children’s hospital in St. Louis. Kaitlin’s condition continued to deteriorate. She lost the ability to swallow and spit and started to lose movement in her right arm as well. Doctors started Kaitlin on steroids and transferred her to St. Louis.

In St. Louis, doctors intubated Kaitlin and got her stabilized. In the pediatric intensive care unit (PICU), doctors struggled to find an effective treatment. Kaitlin didn’t respond to reflex tests on her legs, though she could still move them. Doctors told the family Kaitlin might not walk again. Further tests showed Kaitlin’s diaphragm was also partially paralyzed. Doctors started Kaitlin on intravenous immunoglobulin (IVIG). After 5½ weeks, Kaitlin moved out of the PICU to another floor of the hospital, focused on therapy. Kaitlin did 6 hours of physical therapy Monday through Saturday and 3 hours of therapy on Sundays. After 2 months of therapy, doctors said Kaitlin was ready to go home. She still couldn’t move her left arm and had limited use of her right arm. She could swallow but couldn’t eat enough to get the nutrients she needed, so required supplemental feeding through a feeding tube in her stomach. 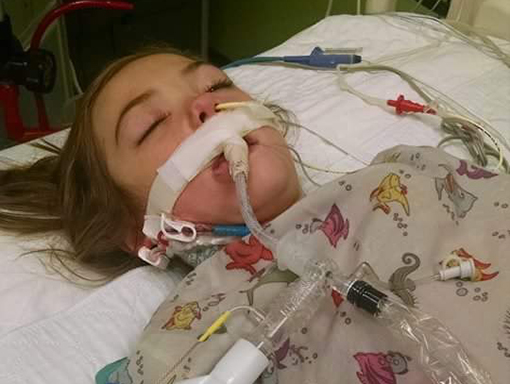 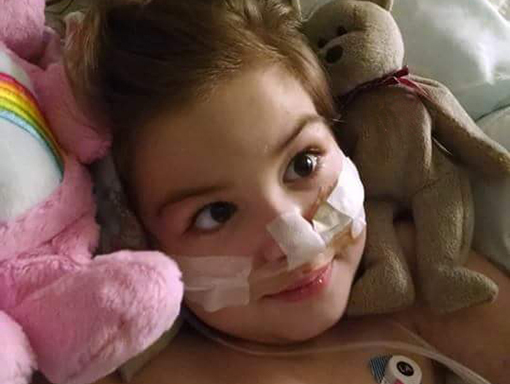 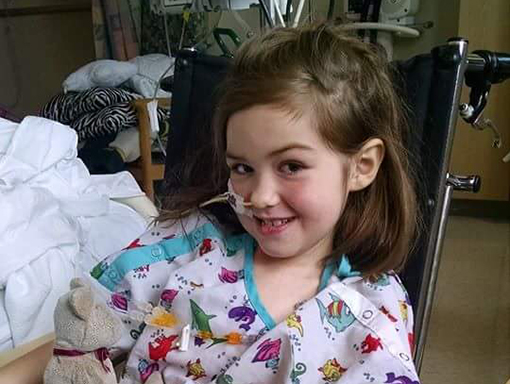 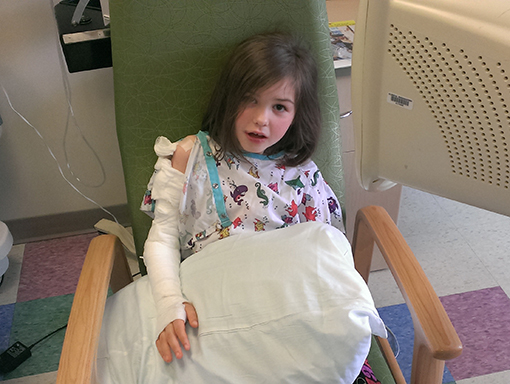 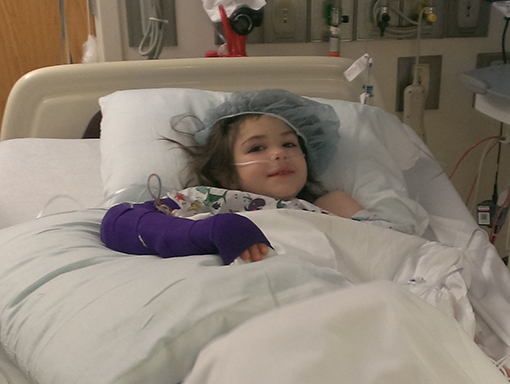 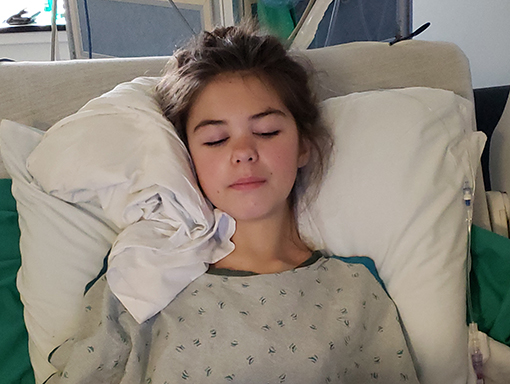 When Kaitlin got home, she was so excited to see her brother and sisters that she walked up the ramp Dan had added for her wheelchair. She walked on her own from that point on, only using her power chair to carry her backpack at school. After a couple of months, she no longer needed supplemental feeding. As part of her recovery, Kaitlin  had nerve transfers in both arms, which helped restore some movement. She had spinal fusion surgery to correct scoliosis caused by her left shoulder hanging. Today, she can lift her right arm up midway, but can’t raise it higher. Her left lung suffered some damage, but she can breathe well on her own. She’s been housebound during the COVID-19 pandemic but is enjoying playing video games and being with her sisters.

“Reach out to the Siegel Rare Neuroimmune Association (SRNA)external icon. They can connect you to parents who have been where you are and understand what you’re going through. They can hook you up with resources and help you learn what you need to know.”