Alex passed away at 6 years old, a year and a half after developing AFM. He lived with his mom Katie, dad J.P., and older brother Ben in Sacramento, California.

Alex’s family remembers his kindness, his sense of humor, and his creativity. They honor him through their work helping other families affected by AFM. 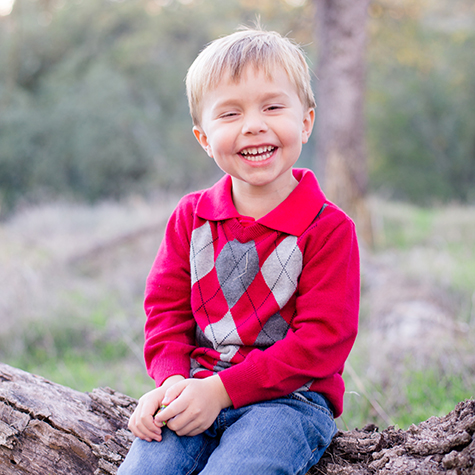 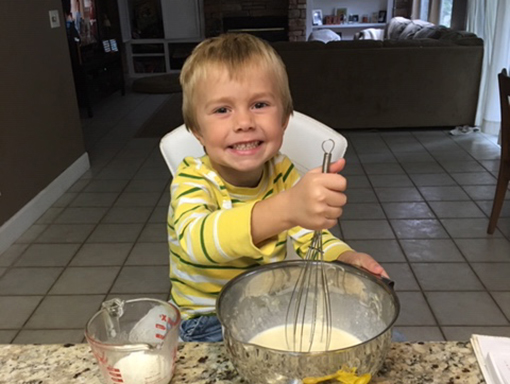 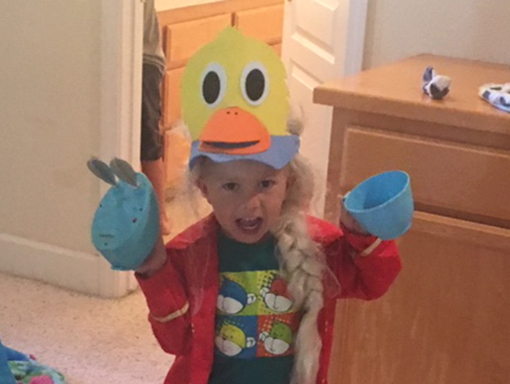 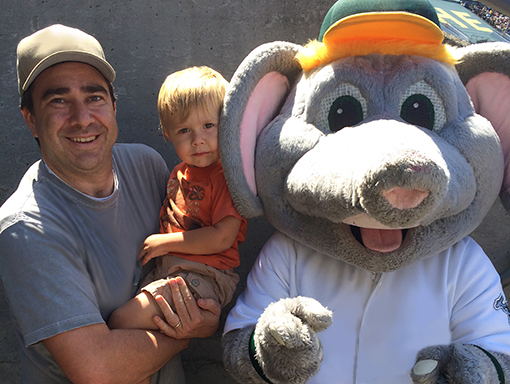 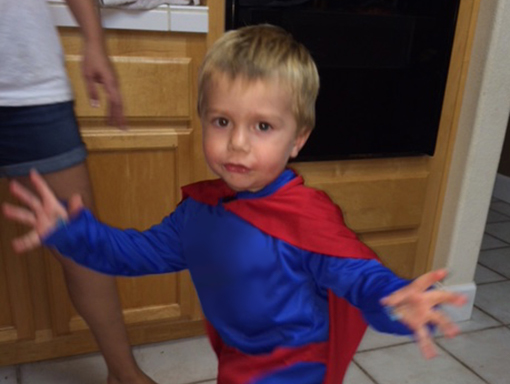 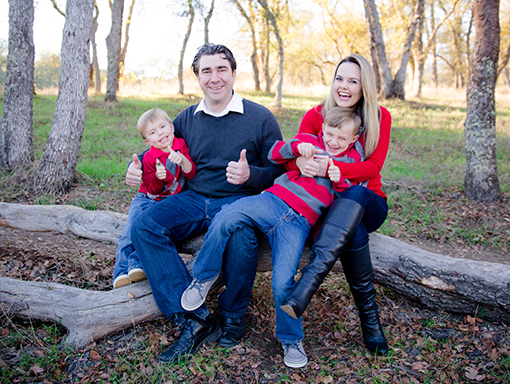 Charming and Full of Love

Alex loved animals, dressing up, baking, and practical jokes – but only when they were all in good fun. “Charming would be the best adjective for him,” Katie says. “He wasn’t super outgoing, but people were drawn to him.” She remembers hearing about two girls in Alex’s preschool having a falling out over who would get to marry him. Katie says he had a fire in his belly, too. In the car, he’d order his brother not to look out his window.

Alex loved garbage trucks, and he wanted a garbage theme for his 5th birthday party. His family went all out, decorating the house with cereal boxes and milk cartons and celebrating by emptying garbage bags full of shredded paper like confetti. He was delighted.

The First Signs of a Problem

In December of 2016, everyone in Alex’s family had a cold, but by Christmas time, it seemed like they had all gotten better. Then late at night on December 23rd, Alex slipped into his parents’ room (they called him The Night Ninja because he was so good at sneaking in) and told them he had a really bad headache. Katie gave him some Tylenol and put him back in bed. The next morning, he woke up feeling better and excited about Christmas Eve. Around 10:00 a.m., he said he couldn’t eat his yogurt because he couldn’t move his thumb. Katie called an advice nurse, who told her to take Alex to the ER.

As they were getting ready to go, Alex started to feel weaker. When they were about halfway to the hospital, Alex told Katie he couldn’t open his eyes. She was very concerned when she looked back to see his eyes were open. Katie called 911 and pulled off so an ambulance could drive him the rest of the way. She remembers it seemed like Alex was melting before her eyes. Doctors thought he might have had a stroke and ordered an MRI and additional tests. Later that day, they transferred him to another hospital that was in the family’s insurance network. 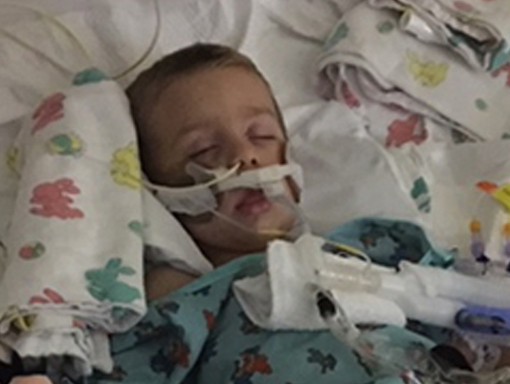 In the Intensive Care Unit

When they got to the other hospital, Alex could barely get into bed. Katie spent that night in the hospital with Alex. J.P. came the next day so Katie could go home to spend Christmas morning with Alex’s brother Ben. By the time she got back to the hospital a couple of hours later, Alex’s cough had gotten very weak. He had lost the use of his right arm, and he was struggling to breathe. Doctors transferred him to the intensive care unit (ICU) and put him on oxygen. Within a couple of days, they had to intubate him and put him in a drug­ induced coma. After Alex was in a coma for 3 days, doctors performed a tracheotomy. Within 72 hours, he had lost the use of his right arm, his neck, his diaphragm, and most of his left arm, though he could still move his left forearm. For 3 weeks, his lungs collapsed every morning, and he had to be stabilized. Alex’s doctors suspected AFM.

After a month in the ICU with no signs of recovery, Katie, J.P., and Alex’s doctors decided to transfer Alex to a hospital that specialized in treatment and rehabilitation for children with complex medical needs. Alex stayed there for the next 10 weeks, going to physical therapy regularly, including electrical stimulation. Alex wore braces molded to his body and practiced walking around the hospital gym. Katie and J.P. would alternate spending the night with Alex, while the other was home with Ben. Finally, Alex’s doctors decided he could go home, and Katie and J.P. became proficient in managing the ventilator. 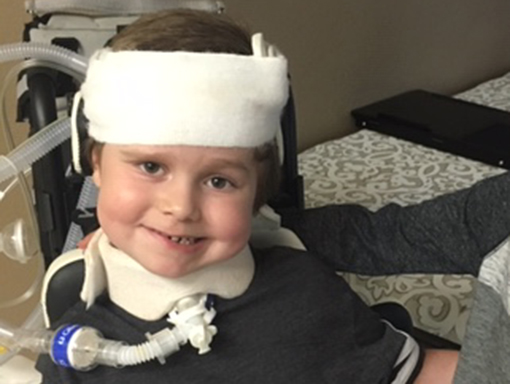 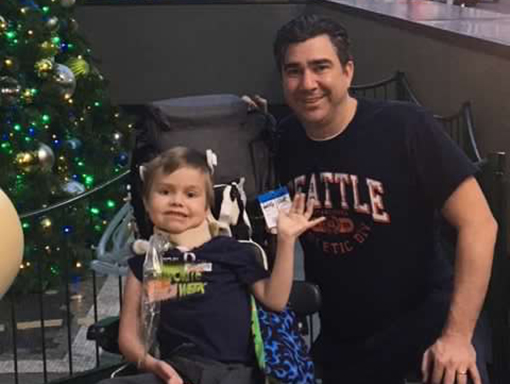 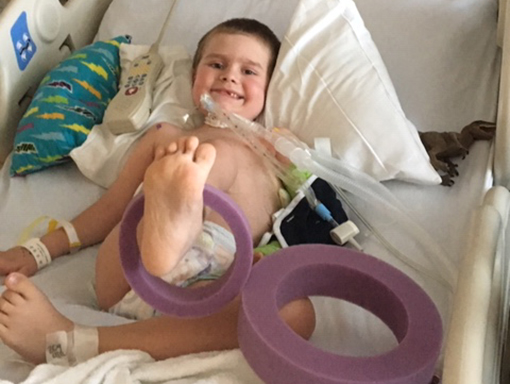 In May, Katie and J.P. brought Alex home and set up his equipment in a guest room. In late summer, Katie joined an AFM Facebook group and learned about nerve transfers. She consulted with a specialist in Philadelphia, who said it could be possible to transfer nerves from Alex’s arm to his diaphragm, to help restore his ability to breathe. In April, Alex had two nerve transfer surgeries in Philadelphia and returned home. The doctors said it would take 3-4 months to see results.

Back at home, either Katie or J.P. would always sleep on a cot near Alex to take care of clogs in the ventilator and any other issues that came up overnight. Early in the morning on May 20, 2018, Alex passed away unexpectedly in his sleep.

The following January, Katie and J.P. joined other families affected by AFM on a trip to Washington D.C. The group planned to discuss ways to address AFM with U.S. senators and representatives from CDC. On this trip Katie and J.P. talked to other parents about the need for an organization to support families living with AFM. Drawing from J.P.’s experience in the non-profit sector and Katie’s experience as a certified public accountant (CPA), they formed a non-profit organization, the Acute Flaccid Myelitis Association (AFMA). AFMA raises money and provides grants to families living with AFM who need medical equipment, treatment at therapy centers, and other support. The organization also shares information about AFM, treatment options, and leading medical experts. “Losing Alex is awful,” Katie says. “But if we can help other people, I feel like maybe his loss isn’t in vain. We still miss him every day.” 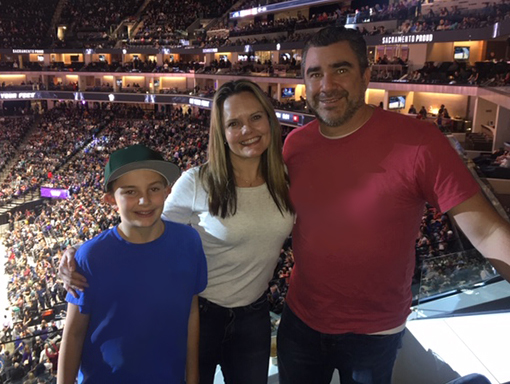 Get in touch with other parents and learn what’s going on. The community is so loving and so supportive, and they will give you the best advice they have. I know a lot of people have connected at therapy centers and through Facebook groups, and they learn so much from one another. The community is teaching each other and sharing what they learn with the medical community.