There were 42 confirmed cases in 2019 out of 141 PUIs. CDC, state, and local health departments are still investigating some of the PUIs.

There have been 613 confirmed cases since CDC began tracking AFM in August of 2014. CDC has been thoroughly investigating cases since that time. We have seen increases in AFM cases, mostly in young children, every two years.

Annual maps represent only cases for whom information was sent to and confirmed by CDC as of February 28, 2020. Patients under investigation are still being classified, and the case counts are subject to change. 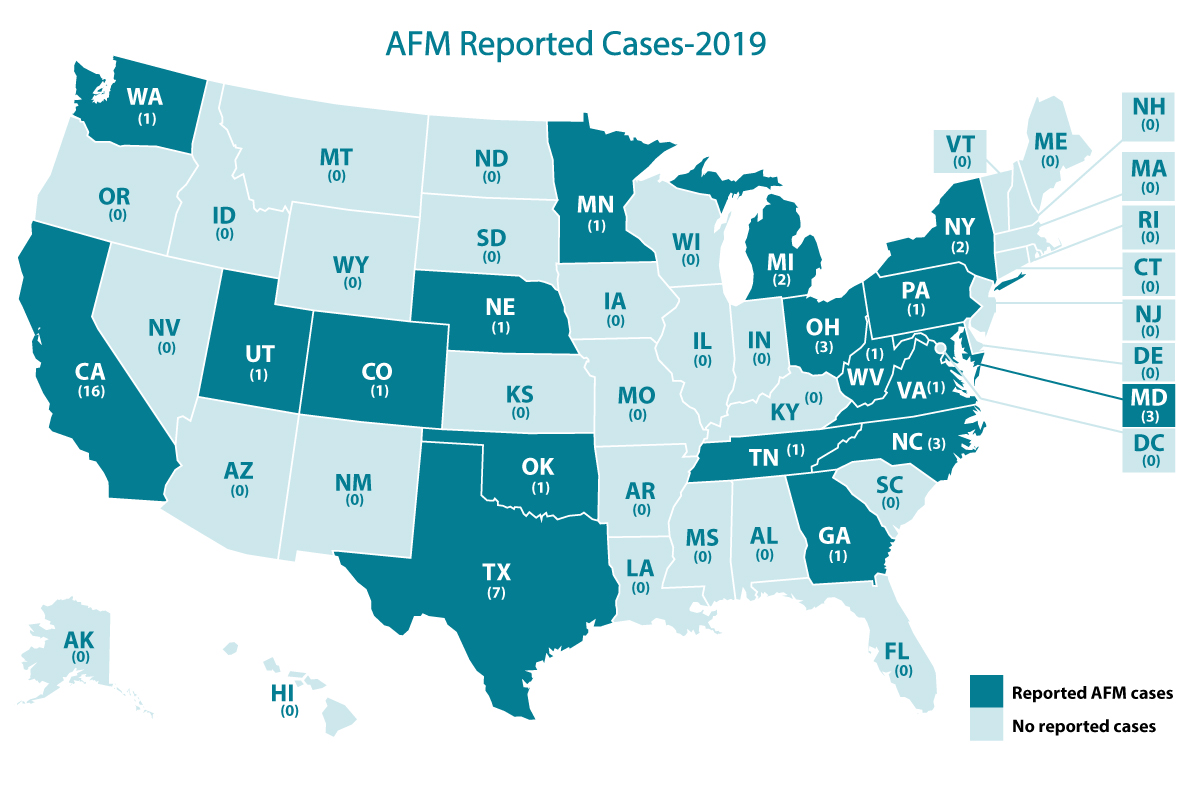 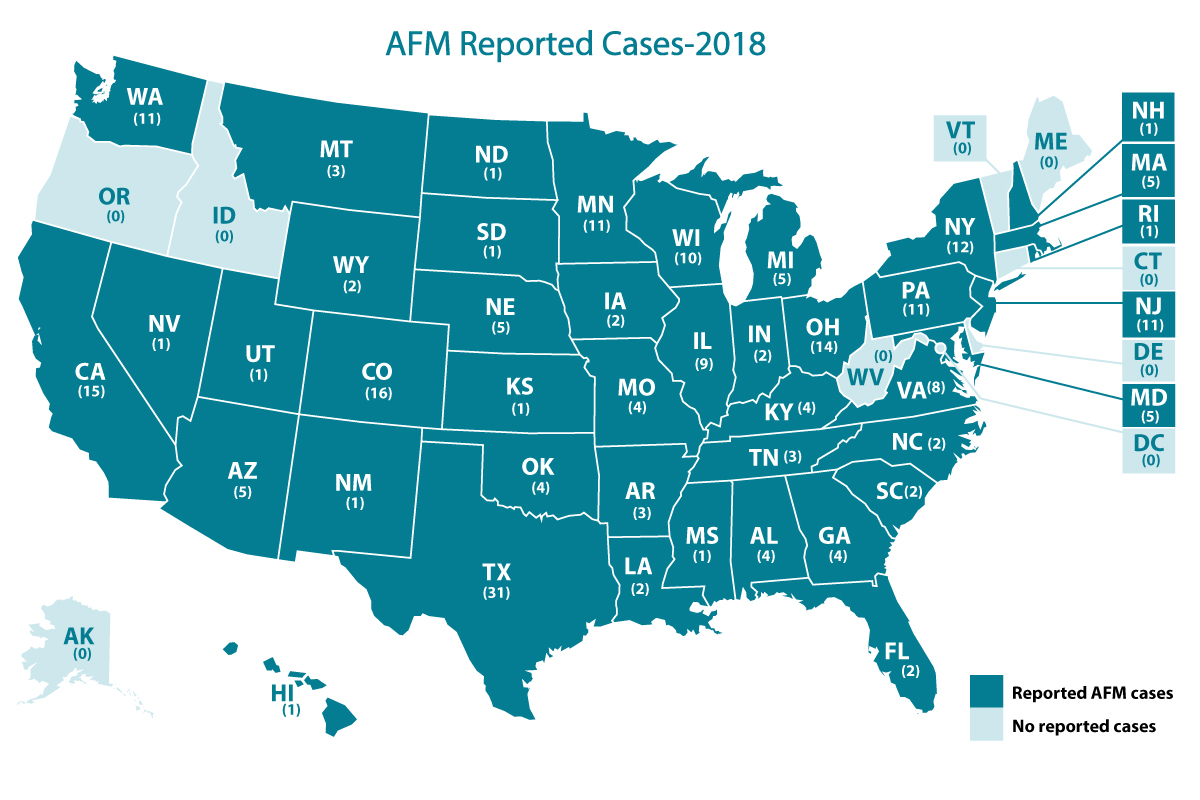 In 2018, there were 238 total confirmed cases in 42 states. One of the confirmed cases is a foreign resident (based on the country of usual residence) and therefore not included in the state map. 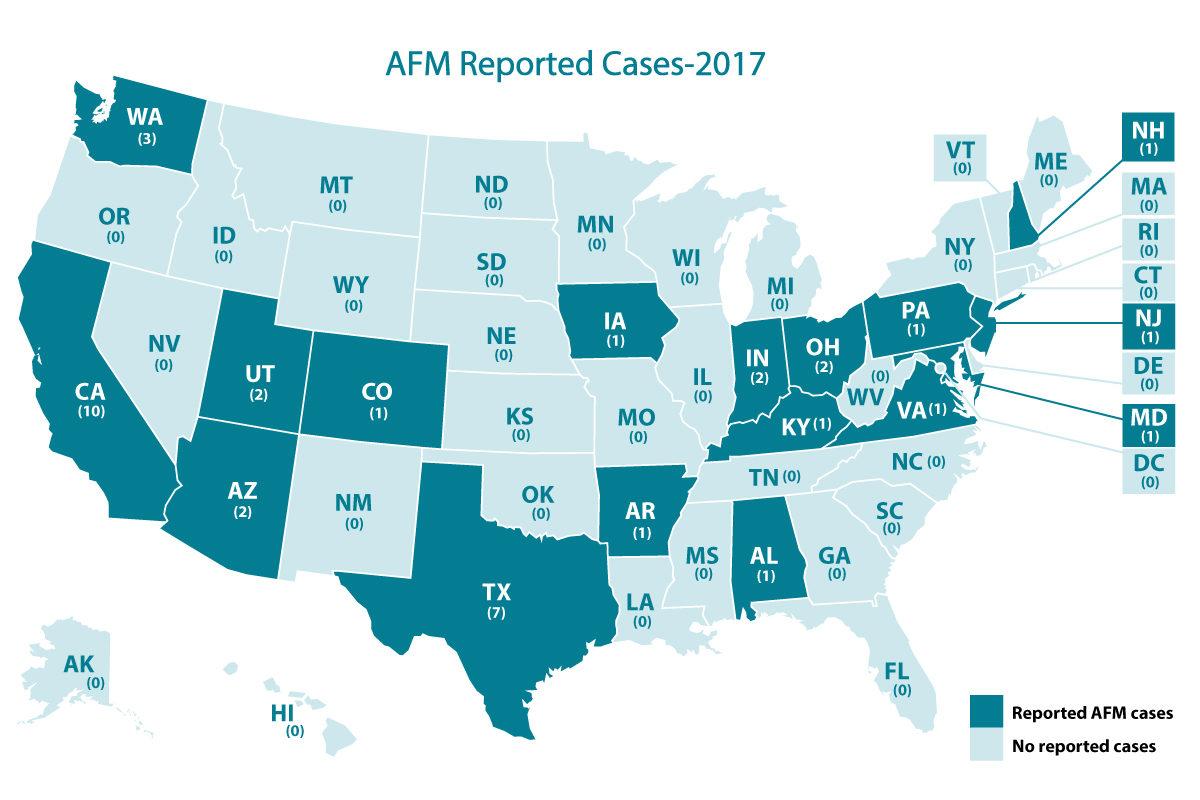 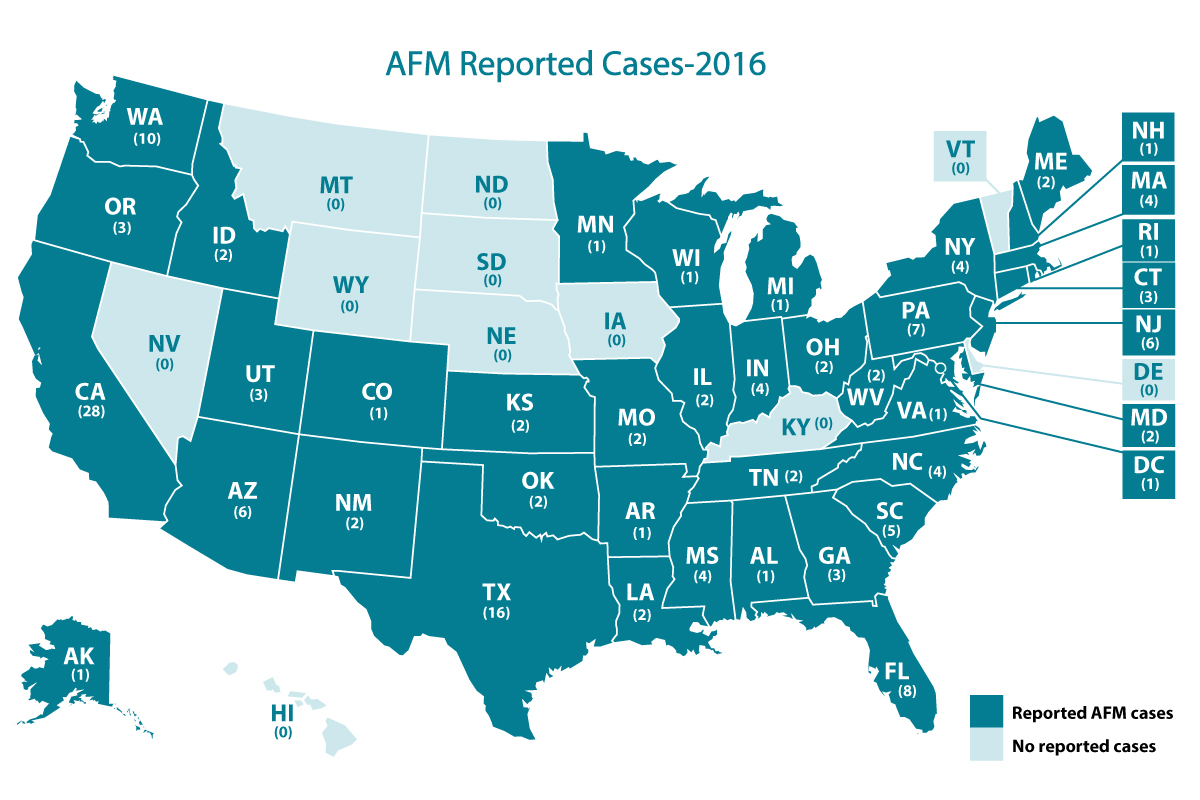 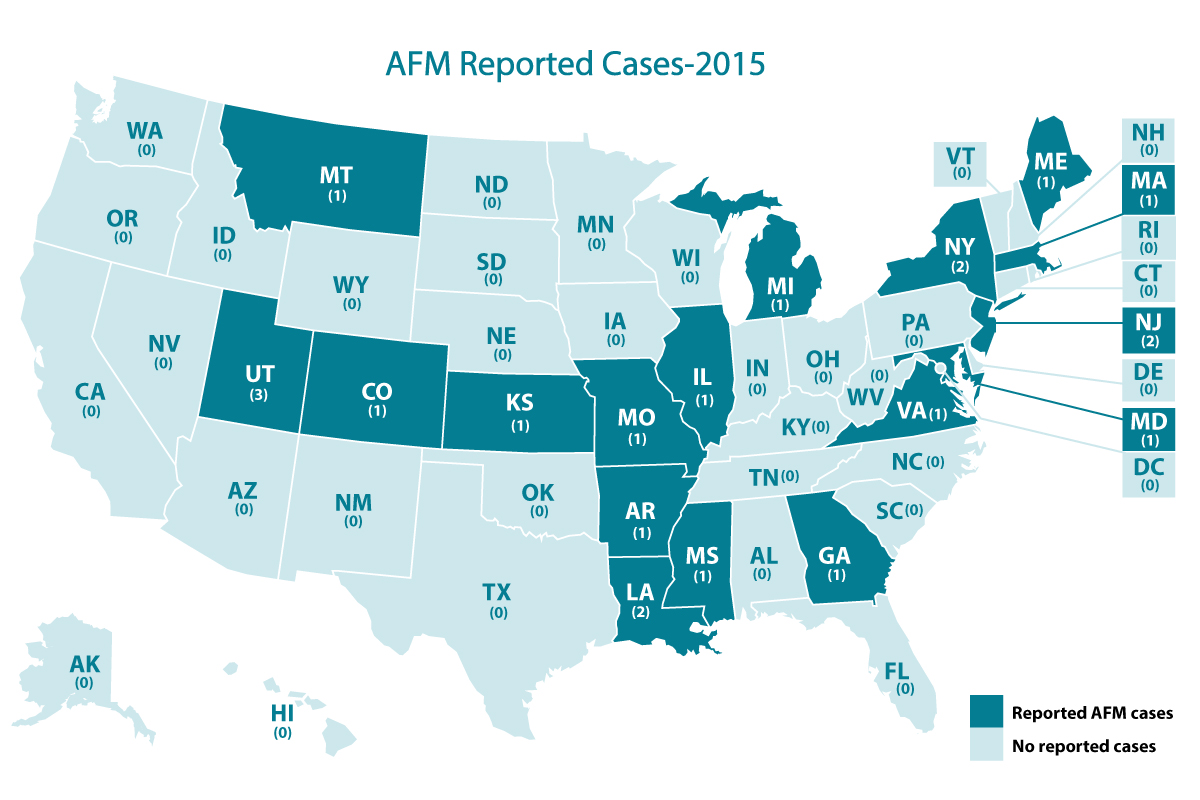 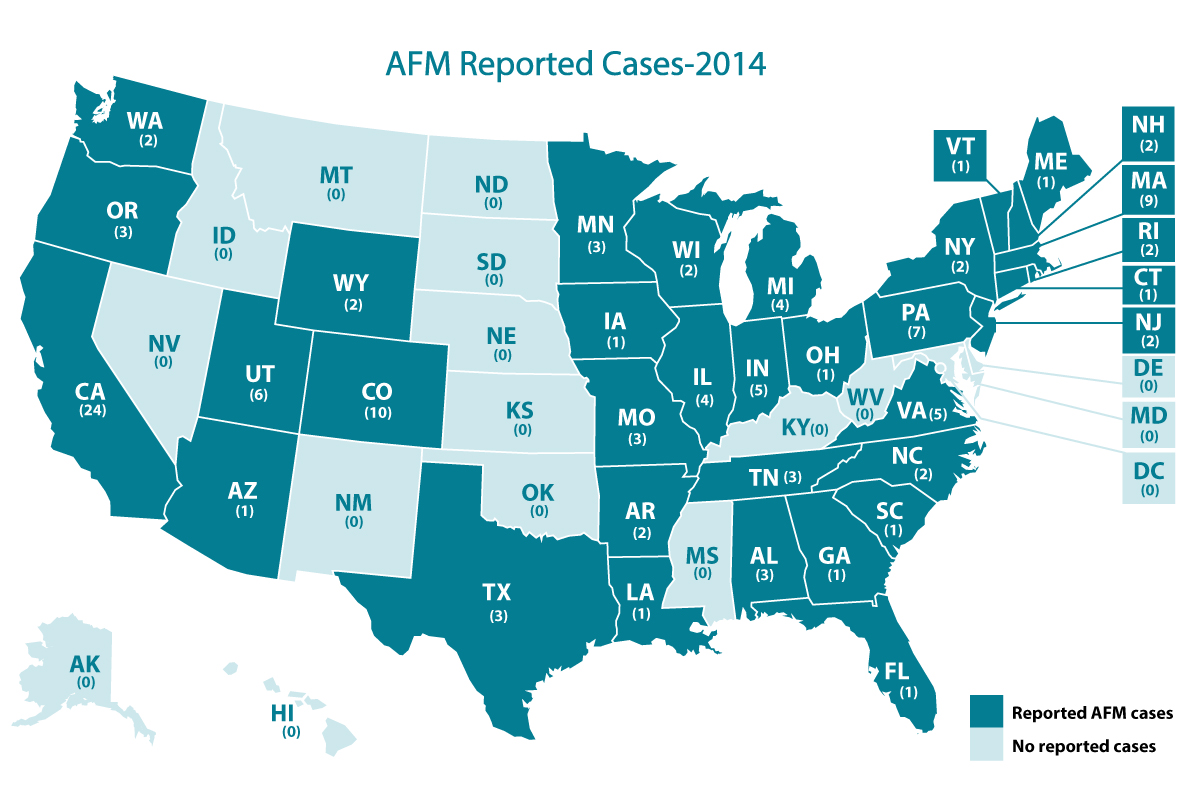 Most patients had onset of AFM between August and October, with increases in AFM cases every two years since 2014. At this same time of year, many viruses commonly circulate, including enteroviruses, and will be temporally associated with AFM.

† The data shown from August 2015 to present are based on the AFM case definition adopted by the Council of State and Territorial Epidemiologists (CSTE): acute onset of focal limb weakness and an MRI showing spinal cord lesion largely restricted to gray matter and spanning one or more spinal segments, regardless of age.