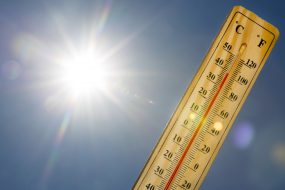 Heat-related illnesses and deaths are a growing public health concern in New England. Rising temperatures, an increase in the number of heat waves, and increased urbanization—which leads to heat islands in cities—make extreme heat events more serious. In addition, the state’s population is aging, which means that people are more vulnerable than they used to be to heat exposure. The National Weather Service (NWS) issues heat advisories to help people know when to take steps to stay safe. In most areas, the maximum heat index temperature for excessive heat advisories is 100°F. However, serious health effects can happen even when the heat index is lower.

The New Hampshire (NH) Tracking Program, along with key partners from Maine and Rhode Island, evaluated the effects of heat on health across the Northeast region of the United States. The data showed that emergency department visits and deaths increase significantly on days when the maximum heat index is 95°F as compared to days when the maximum heat index is 75°F. The Tracking Program shared these findings with the NWS Northeast Region and worked with them to revise the excessive heat advisory threshold policy. Now, the NWS issues excessive heat advisories at 95°F instead of 100°F. John Guiney, Chief of the NWS Eastern Regional Headquarters, states, “It is expected that this change will alert people sooner to impending heat threats and, if acted upon, reduce the number of emergency department visits.”

In response to the policy change, NH emergency management staff have updated the state heat plan to match the NWS policy and to include the scientific findings of the state tracking program and partners. In addition, NH Tracking staff developed communication materials on heat-related illnesses and shared them with senior centers across the state, reaching one of the most vulnerable populations. Activating response efforts at more moderate temperatures may help reduce individuals’ exposure to extreme heat and, subsequently, reduce the risk of heat-related illness in New Hampshire and across the Northeast. 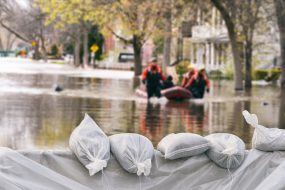 Many factors influence an individual’s or a community’s ability to prepare for and respond to disaster. Understanding a neighborhood’s resources and vulnerabilities—including social determinants of health, the quality of the social and physical environments—helps emergency preparedness personnel identify the most vulnerable residents and allocate resources, like supplies and personnel, as needed.

Because of the tracking program’s SVI tool, social determinants of health data are easily accessible and can be integrated into many planning and response projects across the state. For example, the University of New Hampshire and its partners used the SVI tool to support community adaptation planning and preparation for possible future flood events in the Hampton-Seabrook Estuary. “We combined the tracking program’s social vulnerability data with our dynamic flood and wetland models to better understand potential risk and outcomes based on different conditions,” says Semra Aytur, Associate Professor at the University of New Hampshire.

Radon is a natural gas that has no color or smell. New Hampshire’s environment creates more radon than most states. As a result, more people are exposed. Radon causes more than 100 lung cancer deaths in New Hampshire each year. Testing for radon is cheap and could help stop these deaths. Still, more than 250,000 homes in high radon risk areas have not been tested.

Measuring the Impact of Climate Change 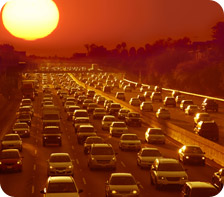 New Hampshire’s climate is changing because of greenhouse gas emissions. Greenhouse gases come from daily activities like driving a gasoline powered car or using a lawnmower. As a result of climate change, scientists are now seeing warmer winters, less snowfall, rising sea levels, more rainfall, and more floods. These kinds of changes may affect New Hampshire’s natural resources over time and could cost the state millions of dollars in lost revenue.

The plan identifies policies and actions needed to help people and groups who could be most affected. The New Hampshire Department of Environmental Services also worked with the New Hampshire Division of Public Health Services to develop a Climate Change and Public Health Adaptation Plan for New Hampshire. This was paid for by a grant from the Association of State and Territorial Health Officials. 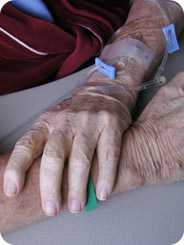 In the U.S., melanoma rates have tripled over the past two decades. In New Hampshire, the rates have also gone up and appear to be higher than the national rate. Melanoma is a form of skin cancer. It is often linked to ultraviolet radiation (UV) from the sun and tanning equipment. Many New Hampshire public health officials are concerned about the growing number of melanoma cases. As a result, they asked the NH Tracking Program for a review of the data to see if it was correct. They also wanted to identify people who are most at risk.

The New Hampshire Tracking Network staff worked with the New Hampshire Cancer Registry to review state and national melanoma data. The review found melanoma cases were underreported in the past. The use of incorrect data may have caused the melanoma rates to seem higher. Researchers did find that young women in New Hampshire have a 38% higher rate of melanoma than other groups nationwide.

The New Hampshire Tracking Network published the findings in an issue brief. Public health education meetings were also held with state health officers and other interested groups about the rise in melanoma cases. The New Hampshire Tracking Network published articles in state print media to promote melanoma awareness, with an emphasis on UV exposure reduction, especially for at-risk populations such as young women and elderly men.