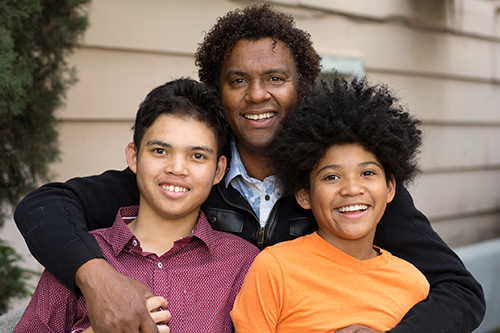 The goals of MADDSP are to:

MADDSP identifies children through a process known as active record review. In this process, records are reviewed every other year for children who are the appropriate age within the year of interest and live with a parent or guardian who is a resident of one of the  counties included in surveillance. Trained abstractors review records and abstract detailed information at multiple health and education sources (such as clinics and schools) in metropolitan Atlanta that evaluate and provide services to children with developmental disabilities. From 1991-2016, this information was then reviewed by trained clinicians who determined whether the child meets criteria for one or more of the developmental disabilities. Since 2018, clinician review is no longer performed.

Autism spectrum disorder (ASD) is a developmental disability that can cause significant social, communication and behavioral challenges. There is often nothing about how people with ASD look that sets them apart from other people, but people with ASD may communicate, interact, behave, and learn in ways that are different from most other people. The learning, thinking, and problem-solving abilities of people with ASD can range from gifted to severely challenged. Some people with ASD need a lot of help in their daily lives; others need less.

Cerebral palsy is a group of disorders that affect a person’s ability to move and maintain balance and posture. Cerebral palsy is caused by abnormal development of the brain or damage to the developing brain that affects a child’s ability to control his or her muscles. Cerebral palsy does not get worse over time, though the exact symptoms can change over a person’s lifetime. All people with cerebral palsy have problems with movement and posture. Many also have related conditions such as intellectual disability; seizures; problems with vision; or speech; changes in the spine (such as scoliosis); or joint problems (such as contractures).

Learn more about CDC’s research and tracking of cerebral palsy »

A hearing loss can happen when any part of the ear is not working in the usual way. This includes the outer ear, middle ear, inner ear, hearing (acoustic) nerve, and auditory system. Hearing loss can vary greatly among people and can be due to any number of causes.

Learn more about CDC’s research and tracking of hearing loss »

Learn more about CDC’s research and tracking of intellectual disability »

Vision impairment means that a person’s eyesight is not corrected to a “normal” level. Vision impairment can vary greatly among children. It can be caused by damage to the eye itself, by the eye being shaped incorrectly, or even by a problem in the brain.

Learn more about CDC’s research and tracking of vision impairment »