Determining How Many People Have Developmental Disabilities— Tracking

By studying the number of people identified with a developmental disability at different points in time, we at the Centers for Disease Control and Prevention (CDC) can find out if the number is rising, dropping, or staying the same. We also can compare the number of children with developmental disabilities in different areas of the country and among different groups of people, such as girls and boys, and children in different racial and ethnic groups. This information can help direct our research into potential risk factors and causes and can help communities direct their outreach efforts to those who need it most. 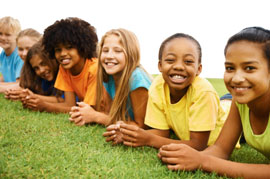 The Importance of Tracking

To get a better picture of the scope of autism spectrum disorder (ASD) in the United States, the Children’s Health Act of 2000 authorized CDC to create the Autism and Developmental Disabilities Monitoring (ADDM) Network. The ADDM Network is a group of programs funded by CDC to estimate the number of children with autism spectrum disorder (ASD) and other developmental disabilities living in different areas of the United States. The ADDM Network is the largest multisite collaboration monitoring this condition in the United States.

The ADDM Network uses a multi-stage, records-based tracking method. First, data requests are made to partners who educate, diagnose, treat and provide services to children with developmental disabilities. Trained abstractors then review and abstract detailed information from health and education records at multiple sources This information helps to determine if the child meets criteria for one or more of the selected developmental disabilities that ADDM tracks.

The goals of the ADDM Network are to:

Understanding the characteristics and number of children who have ASD and other developmental disabilities is key to promoting awareness of the condition, helping educators and providers to plan and coordinate service delivery, and identifying important clues for future research. 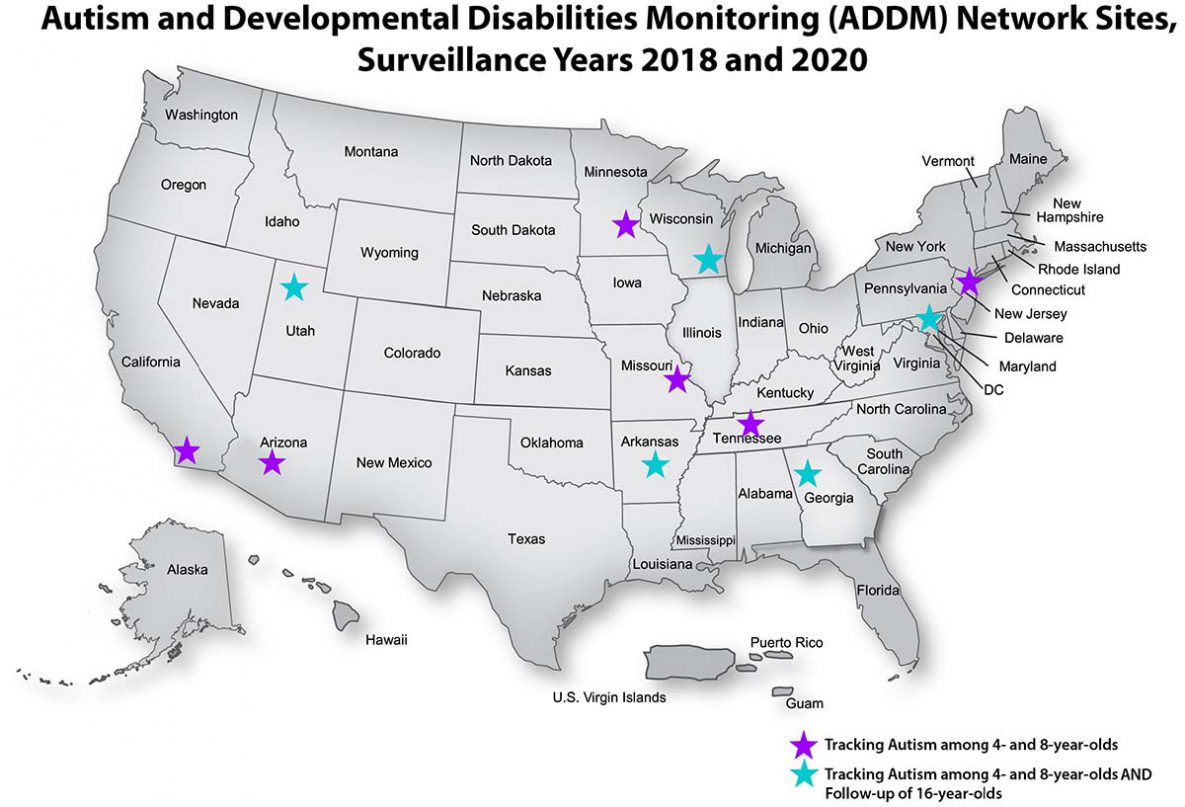 Learn more about the conditions that the ADDM Network tracks:

Read the ADDM Network prevalence reports and other publications »

CDC has also collaborated on the development and management of other nationally representative surveys sponsored by the Maternal and Child Bureau of the U.S. Health Resources and Services Administration: the National Survey of Children’s Health (NSCH) and the National Survey of Children with Special Health Care Needs (NSSHCN). These surveys also provide data on children’s health and development.

Following are some of the research programs that CDC is conducting or has been involved in.

SEED is the largest study in the United States to help identify factors that might put children at risk for autism spectrum disorder (ASD). SEED was conducted over three phases from 2007 to 2020, and included over 6,000 families, including approximately 1,800 with ASD. Participants were from diverse communities across the country located at sites in California, Colorado, Georgia, Maryland, Missouri, North Carolina, Pennsylvania, and Wisconsin.

SEED’s main research goals are to compare young children (2 through 5 years of age) who have ASD, children who have developmental problems other than ASD, and children from the general population to better understand characteristics of ASD and genetic and environmental factors that might affect child development. In SEED, the environmental factors we study are very broad and include characteristics of the pregnancy, the birth and newborn period, and the first few years of life to see what might affect a child’s risk of having an ASD. A key strength of SEED is its ability to look at detailed information on the characteristics of ASD and at environmental and genetic factors at the same time to see how they all interact.

The information was obtained by directly evaluating the children using several established developmental instruments and procedures, conducting interviews with the mothers, reviewing medical records, and collecting saliva and blood samples from the children and their parents. 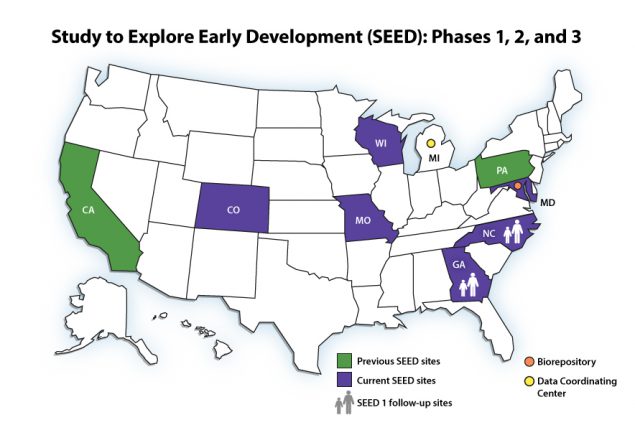 The CDC–Denmark Program was set up to look at many public health issues. The program highlighted the work done using Danish national public health data systems. The Danish data systems include more than 200 long-term disease and administrative registries. These systems are linked with one another. Thus, they can be used to make data sets with information on very large numbers of people. These data sets cover long periods of time. Therefore, they can be used to look at health trends and disease traits. They also can be used to study some less common risk factors or diseases in detail.