Key Findings: CDC Releases First Estimates of the Number of Adults Living with Autism Spectrum Disorder in the United States 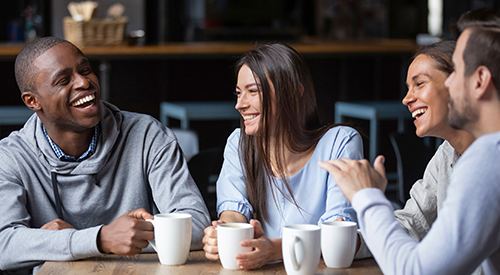 A study from the Centers for Disease Control and Prevention (CDC) estimated the prevalence of autism spectrum disorder (ASD) among adults aged 18 years and older in the United States in 2017*. This study fills a gap in data on adults living with ASD in the United States because there is not an existing surveillance system to collect this information.

Consistent with estimates of ASD in US school-aged children, prevalence was found to be higher in men than in women.

ASD is a lifelong condition, and many adults with ASD need ongoing services and supports. The findings from this study can help states determine the need for diagnosing and providing services to adults in the United States who remain unidentified with ASD.

*Estimates were based on modeling inputs from state-based population and mortality data and parent-report survey data of US children diagnosed with ASD.

CDC’s Work for Adults with ASD

CDC’s most recent funding cycle for the Autism and Developmental Disabilities Monitoring (ADDM) Network includes support for five sites to follow up on 16-year-olds who had been identified with ASD by 8 years of age. This is a new activity for the ADDM Network and will provide valuable information on transition planning in special education services and potential service needs after high school.

CDC’s Study to Explore Early Development (SEED) began identifying children with ASD in the mid-2000s and these children are now beginning the transition from adolescence to adulthood. Through SEED Teen, CDC is tracking the changes that occur during this transition period to learn about factors that may promote more successful transitions and better outcomes in young adults with ASD.