Autism spectrum disorder (ASD) is a developmental disability caused by differences in the brain. Some people with ASD have a known difference, such as a genetic condition. Other causes are not yet known. Scientists believe there are multiple causes of ASD that act together to change the most common ways people develop. We still have much to learn about these causes and how they impact people with ASD.

ASD begins before the age of 3 years and can last throughout a person’s life, although symptoms may improve over time. Some children show ASD symptoms within the first 12 months of life. In others, symptoms may not show up until 24 months or later. Some children with ASD gain new skills and meet developmental milestones, until around 18 to 24 months of age and then they stop gaining new skills, or they lose the skills they once had.

A diagnosis of ASD now includes several conditions that used to be diagnosed separately: autistic disorder, pervasive developmental disorder not otherwise specified (PDD-NOS), and Asperger syndrome. These conditions are now all called autism spectrum disorder. Updated criteria for diagnosing ASD include problems with social communication and interaction, and restricted or repetitive behaviors or interests. It is important to note that some people without ASD might also have some of these symptoms. But for people with ASD, these characteristics can make life very challenging.

Social communication and interaction skills can be challenging for people with ASD.

Examples of social communication and social interaction characteristics related to ASD can include:

Restricted or Repetitive Behaviors or Interests

Examples of restricted or repetitive interests and behaviors related to ASD can include: 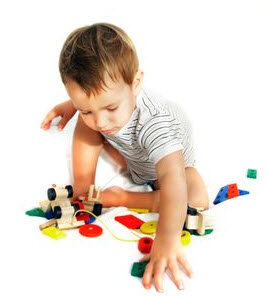 Most people with ASD have other characteristics. These might include:

It is important to note that children with ASD may not have all or any of the behaviors listed as examples here.

The signs and symptoms of ASD can be identified by early surveillance (collecting or gathering information) and screening (testing). Surveillance or developmental monitoring is an active on-going process of watching a child grow and encouraging conversations between parents and providers about a child’s skills and abilities. CDC’s Learn the Signs. Act Early. program has developed free materials, including CDC’s Milestone Tracker app, to help parents and providers work together to monitor children’s development and know when there might be a concern and if more screening is needed. Screening is when a parent or provider completes a checklist or questionnaire specifically designed to identify problems that need further evaluation. General developmental screening should occur at the 9-, 18-, and 24- or 30-month well child visits and whenever a concern is expressed. Autism-specific screening should additionally occur at the 18- and 24- or 30-month visits and whenever a concern is expressed.