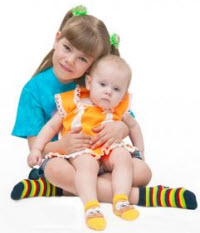 To meet diagnostic criteria for ASD according to DSM-5, a child must have persistent deficits in each of three areas of social communication and interaction (see A.1. through A.3. below) plus at least two of four types of restricted, repetitive behaviors (see B.1. through B.4. below).

Severity is based on social communication impairments and restricted, repetitive patterns of behavior.

Severity is based on social communication impairments and restricted, repetitive patterns of behavior.

Note: Individuals with a well-established DSM-IV diagnosis of autistic disorder, Asperger’s disorder, or pervasive developmental disorder not otherwise specified should be given the diagnosis of autism spectrum disorder. Individuals who have marked deficits in social communication, but whose symptoms do not otherwise meet criteria for autism spectrum disorder, should be evaluated for social (pragmatic) communication disorder.

Associated with a known medical or genetic condition or environmental factor

(Coding note: Use additional code to identify the associated medical or genetic condition.)

Associated with another neurodevelopmental, mental, or behavioral disorder

(Coding note: Use additional code 293.89 catatonia associated with autism spectrum disorder to indicate the presence of the comorbid catatonia.)