Tracking and Research on Cerebral Palsy 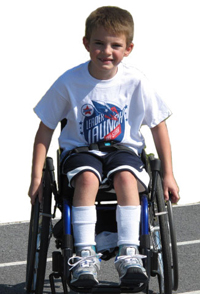 CDC has been studying cerebral palsy (CP) since the early 1980s. By tracking the number of children diagnosed with CP over time, we can find out if the number is rising, dropping, or staying the same. We can compare the number of children with CP in different groups of people and in different areas of the country. This information can help us look for causes and risk factors of cerebral palsy, evaluate the effectiveness of prevention efforts, raise awareness of the signs and symptoms, and help families and communities plan for services. Determining whether these changes affect the rates of CP over time requires ongoing, systematic population-based tracking.

Determining How Many People Have Cerebral Palsy—Tracking

MADDSP was established in 1991 to identify children with four disabilities (CP, hearing loss, intellectual disability, and vision impairment). A fifth disability, autism spectrum disorder, was added to the program in 1996. MADDSP conducts ongoing tracking for developmental disabilities among 8-year-old children living in the metropolitan Atlanta area. This program has contributed a wealth of information on the characteristics, risk factors, costs, and implications of developmental disabilities, including CP.

The ADDM Network is a group of programs funded by CDC to estimate the number of children with autism spectrum disorder and other developmental disabilities living in different areas of the US. The ADDM Network sites all collect data using the same methods, which are modeled after CDC’s Metropolitan Atlanta Developmental Disabilities Surveillance Program (MADDSP).

CDC estimates that about 1 in every 345 children in the US has been identified with CP. This data comes from the ADDM CP Network, which estimated the number of 8-year-old children with CP living in four communities throughout the United States in 2010.

Article: Prevalence of Cerebral Palsy among 8-Year-Old Children in 2010 and Preliminary Evidence of Trends in its Relationship to Low Birthweightexternal icon

Read about the work taking place at each ADDM CP Network site by clicking one of the following links:

Learn more about the ADDM Network

One of the key findings of this study was that 16% of children acquired CP more than 28 days after birth. The acquired CP cases were due to: [Read article]

Findings from this program were published in the following article: 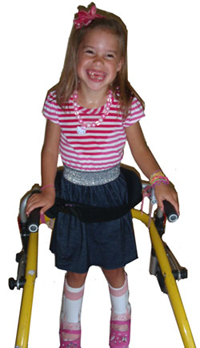 CDC conducts the National Health Interview Survey (NHIS) that provides data on health conditions in U.S. children and adults. The following recent articles published findings about trends in developmental disabilities and estimates of health-related limitations, needs, and service use among US children with CP:

Prevalence and Trends of Developmental Disabilities among Children in the United States: 2009–2017external icon

Trends in the Prevalence of Developmental Disabilities in US Children, 1997-2008. pdf icon[PDF – 252 KB]external icon

Health Care Use and Health and Functional Impact of Developmental Disabilities among US Children, 1997-2005.external icon

CDC supports public health research, including studying potential causes of CP and other developmental disabilities. Both public health tracking and research efforts provide information necessary to direct prevention efforts. Here are some of the research programs that CDC has been or is involved in:

In the mid-1980s, CDC conducted the Metropolitan Atlanta Developmental Disabilities Study (MADDS), a study of developmental disabilities (including CP) in 10-year-old children living in metropolitan Atlanta. The Follow-Up Study of Children with Developmental Disabilities contacted many of the original study participants years later, when they were young adults. They were asked questions about various subjects, such as their health, living arrangements, socialization, employment, and quality of life to assess their current functioning and transition into adulthood.

Findings from this study were published in the following articles:

Through the CDC-Denmark program, CDC supported studies of CP using the Danish National Cerebral Palsy Register to examine factors that might make it more likely a child will develop CP. Factors that were examined include multiple births, preterm birth, assisted reproductive techniques, and asphyxia or lack of oxygen before or during birth.

Findings from this program were published in the following articles:

CP Among Children Born After in Vitro Fertilizationexternal icon

In the early 1990s, CDC scientists looked at very low birth weight infants born in Georgia from 1986 to 1988, to examine the effects of treatment with prenatal magnesium sulfate (given either for pre-eclampsia or preterm labor) on the risk for CP in low birth weight children. The results showed that fewer children whose mothers were given magnesium sulfate were later diagnosed with cerebral palsy, compared to children whose mothers were not given the treatment.

Numerous large clinical studies have subsequently evaluated the protective effects of magnesium sulfate.(1) The Committee on Obstetric Practice and the Society for Maternal-Fetal Medicine state that the available evidence suggests that magnesium sulfate given before anticipated early preterm birth reduces the risk of cerebral palsy in surviving infants.(2)