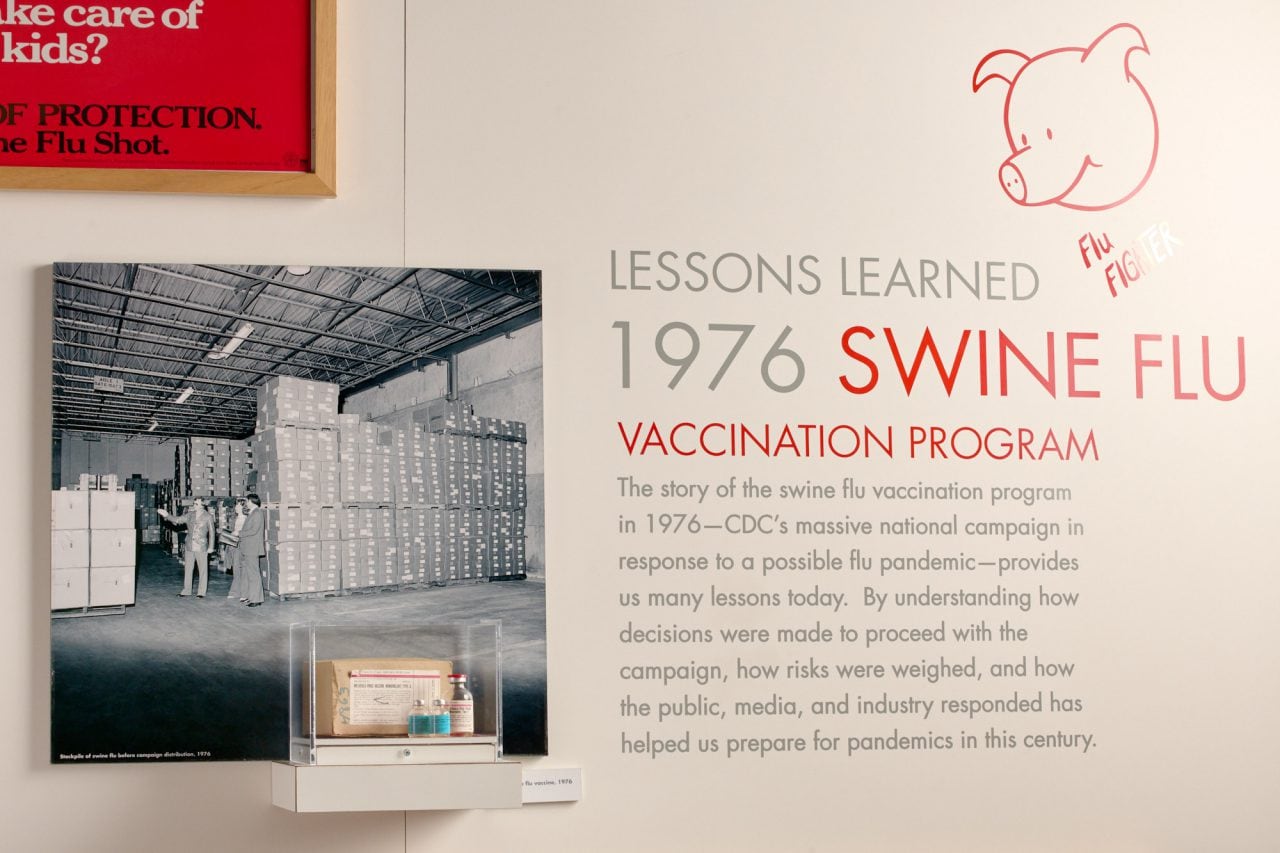 In addition to the discovery of the Ebola Fever and Legionnaires’ Disease pathogens, another major disease event in 1976 was Swine flu. Earlier that year, the New Jersey State Health Department asked CDC to identify an illness spreading at Fort Dix Army Base. An influenza-like illness affecting over 200 recruits had caused one death. CDC tested throat cultures sent from the base and found in four of the samples the virus believed at the time to be H1N1, the 1918-19 flu pandemic pathogen. H1N1, or as it is more commonly known, swine flu, is a strain commonly found in pigs. In 1918, the virus mutated to infect humans, killing 500,000 people in the U.S. and more than 20 million worldwide. Surveillance at Fort Dix suggested human-to-human transmission, indicating that the illness could spread rapidly in the U.S. 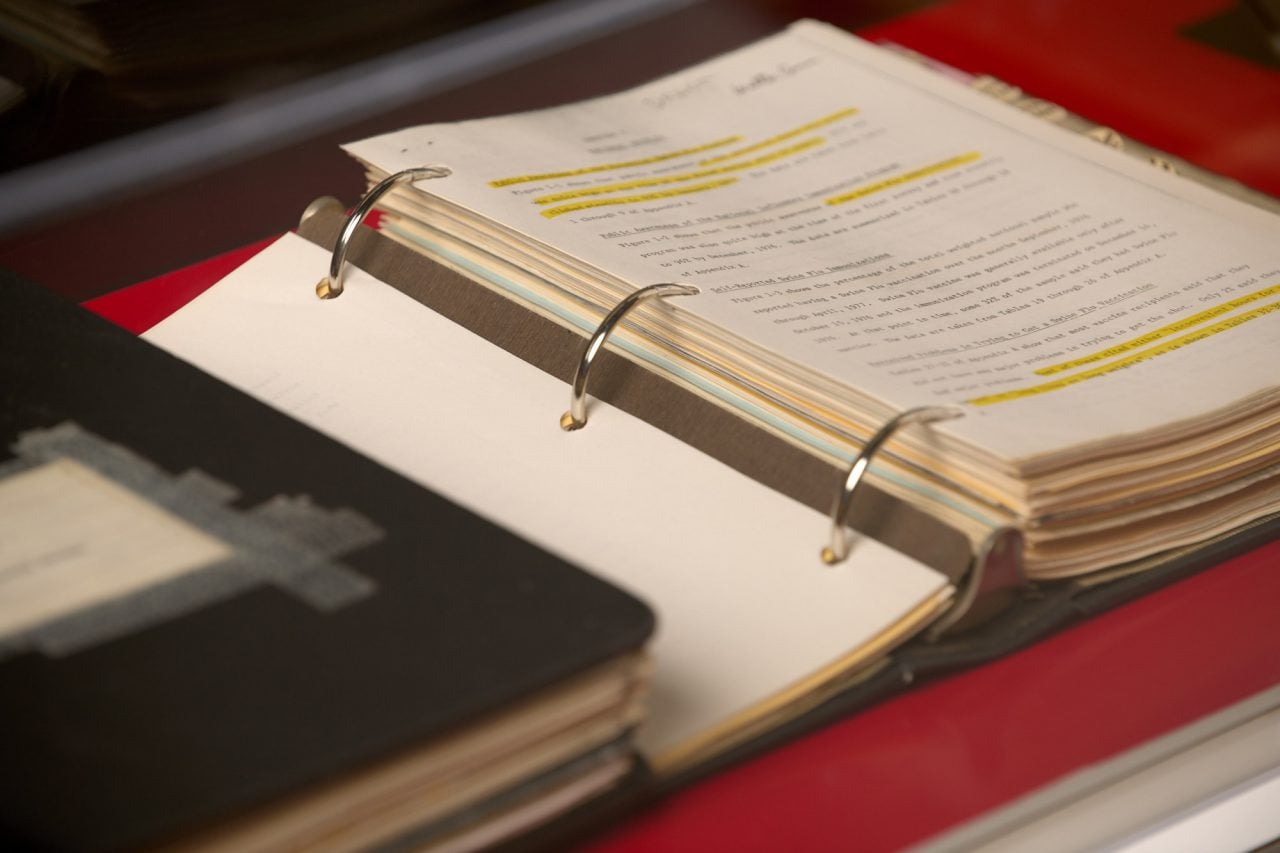 Making the Case to Congress

CDC scientists evaluated the possibility of a new H1N1 pandemic and presented the information to the U.S. Congress. Shown here are two thick books filled with typed data and information, highlighted points, and hand-jotted notes used by the scientists during their testimonies to Congress about the outbreak. As a result, President Gerald Ford asked Congress for funds to vaccinate everyone in the United States. 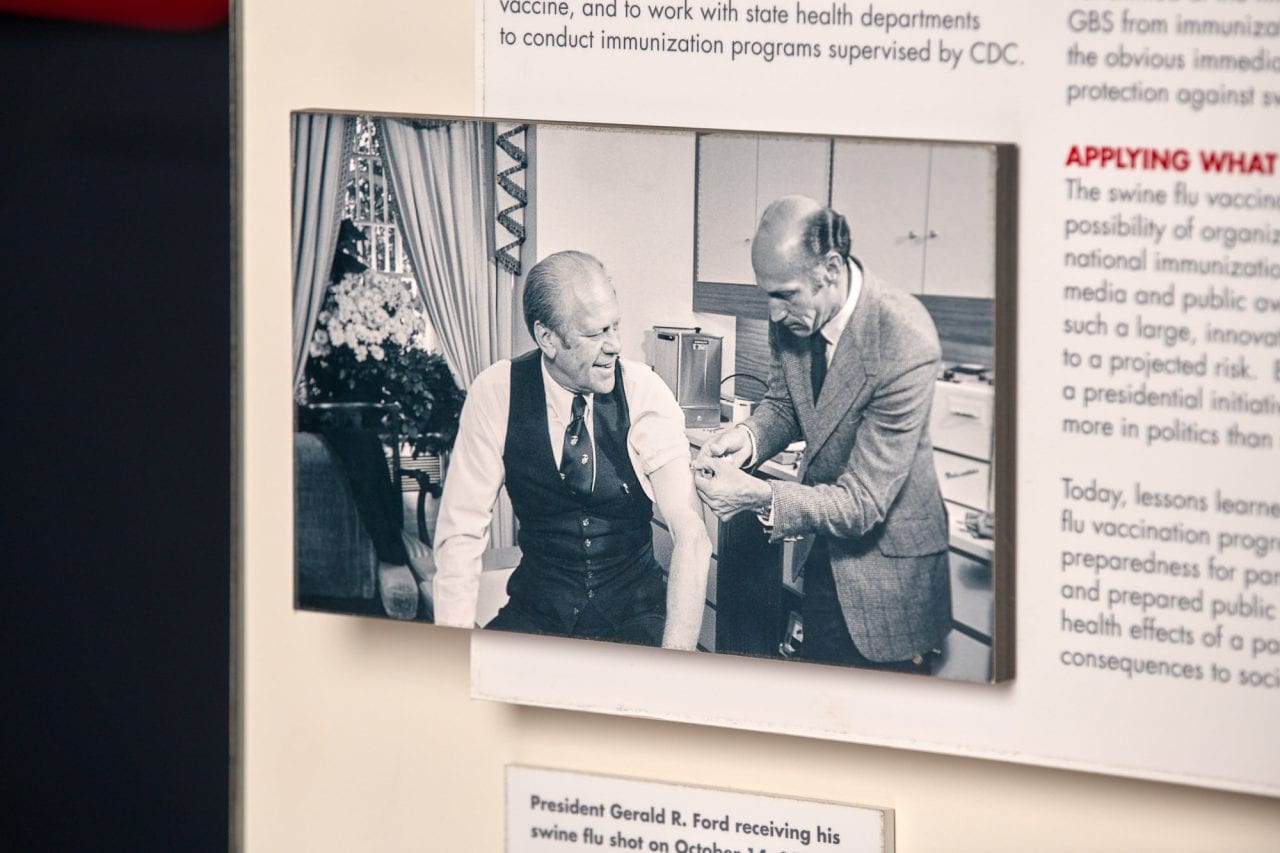 A photograph of President Ford getting his shot is also on display, encouraging Americans to get vaccinated. 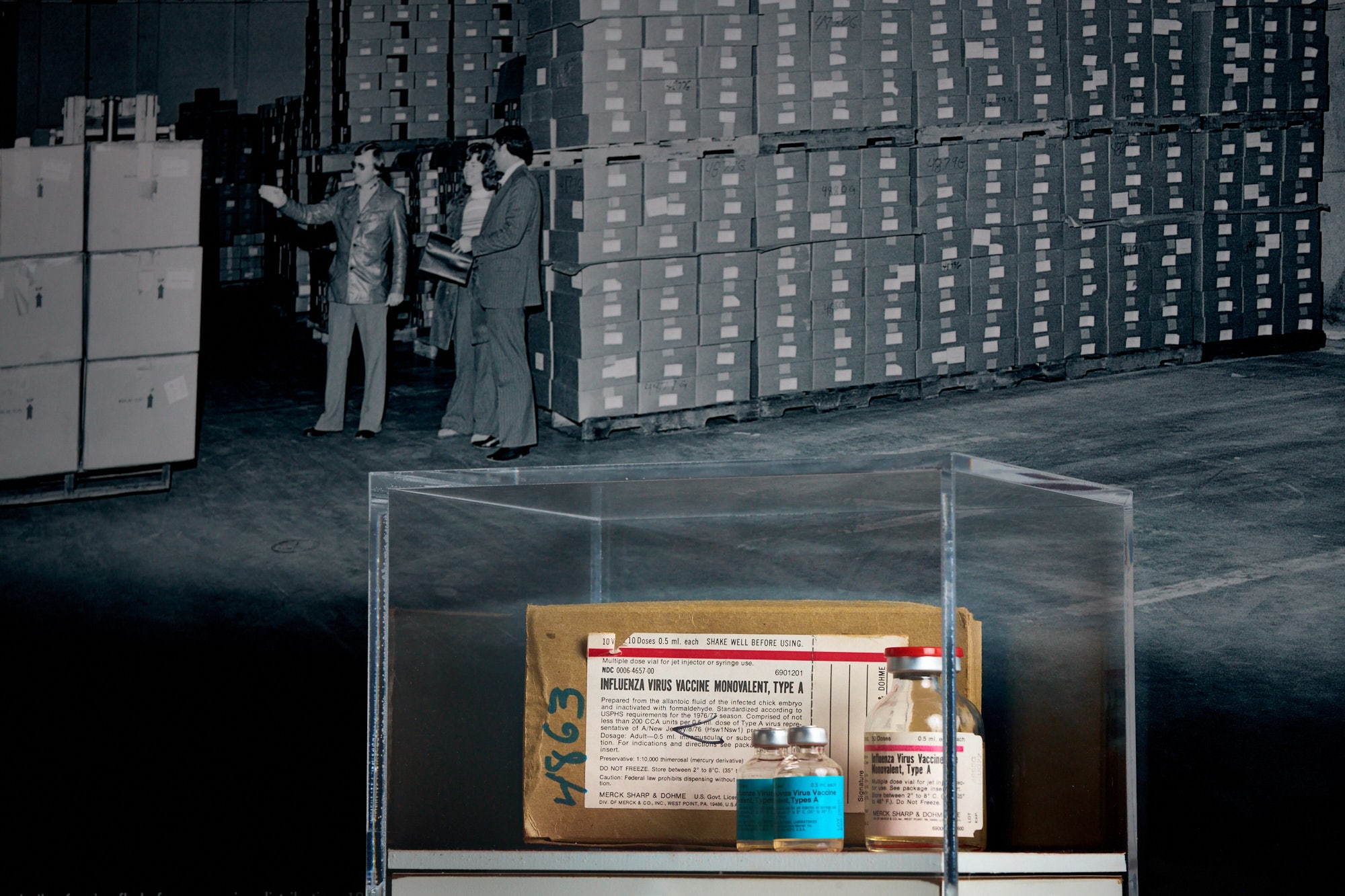 The campaign faced several challenges. First, the Fort Dix strain grew poorly in chicken eggs, producing less vaccine than anticipated. Second, the government quickly agreed to protect manufacturers from claims in case the vaccine had harmful reactions. As a result, a public belief that “there’s something wrong with this vaccine,” emerged. A third blow to the vaccination campaign was Guillain-Barré syndrome (GBS), a rare, usually reversible but occasionally fatal form of paralysis. Although there are always GBS cases in the population, people who had received the vaccine were observed to have a slightly increased risk of developing GBS.

The program had mixed outcomes. The national vaccination program set an immunization record by vaccinating nearly 43 million Americans in the first 10-week period, proving that an emergency program like this was possible. Unfortunately, public health officials halted the program before completion. Ultimately, understanding how decisions were made during this program; how risks were weighed; and how the public, media, and industry responded helps CDC prepare for pandemics and other future public health emergencies.