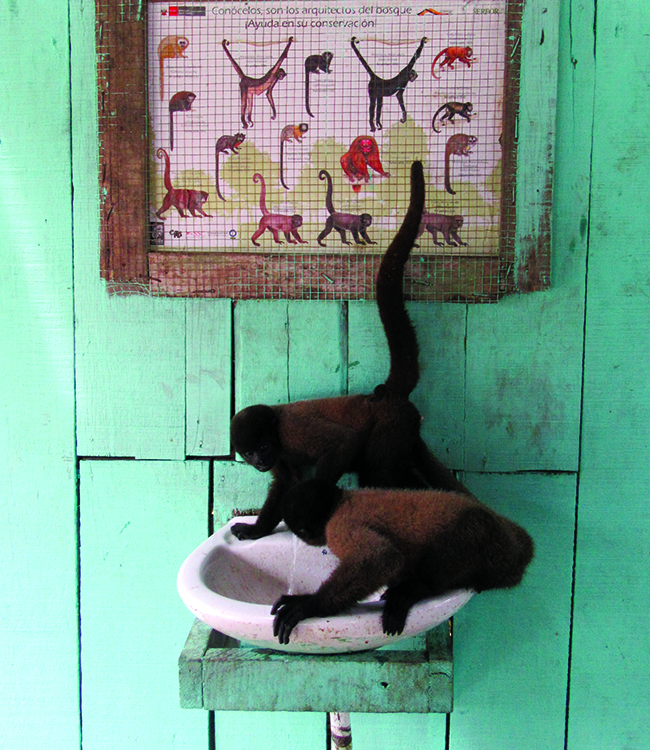 When you hear the word Zika, what thoughts come to mind? For many pregnant women, just thinking about the disease can be scary. During the 2015-2016 outbreak in the Americas, scientists connected Zika infection during pregnancy with fetal brain abnormalities including microcephaly, or smaller than expected head size, or eye defects. Scientists have also recognized that Zika infection during pregnancy could affect a baby’s development. Though not all pregnant woman infected with Zika virus (ZIKV) will give birth to a baby with these problems, more research is needed to better understand the disease and the long-term impacts on mothers and children.

Because ZIKV is a zoonotic disease, a disease that can spread between animals and humans, understanding possible animal reservoirs and transmission patterns is a key step in disease tracking and prevention. CDC, along with local partners in Brazil, Colombia, and Peru, wanted to determine which animals and mosquitoes can possibly carry and spread ZIKV over a long period of time. Armed with this information, it will be easier to address health threats associated with ZIKV, along with future emerging zoonotic and infectious diseases.

Responding to the Zika Epidemic Through a One Health Solution

The world needs a One Health solution to protect the health of humans, animals, and their environments. By collaborating across multiple disciplines and health sectors, we can more effectively prevent, detect, and respond to health threats.

The Division of Global Health Protection (DGHP) worked across CDC and globally with partners, including universities, ministries of health and agriculture, U.S. government agencies, and other research partners to describe where ZIKV is found, how it spreads, and other effects of the virus. ZIKV is transmitted by mosquitoes to humans. The virus also has been detected in various animal species around the world, including primates in South America.

Obtaining Animal Samples in the Jungle is Not an Easy Task

In Colombia, CDC partnered with Universidad de los Andes to collect animal samples for ZIKV testing from remote field sites. This partnership led CDC to work with Proyecto Primates Colombia—a small non-governmental organization that works to protect and save primates in Colombia.

Bocas del Carare is a small village of approximately 400 people, located on the shore of the Magdalena River, near an abundance of diverse wildlife species. Ongoing deforestation in Colombia has forced primates to migrate closer to villages, putting humans in closer contact with animals and increasing the likelihood of zoonotic disease transmission.

CDC epidemiologists and laboratorians went out to the field with local researchers to explain and demonstrate the experiment protocol, or written procedure, on how to take samples and collect data using the same methods across all sites. Having access to those kinds of trainings and protocols [from CDC] increases the quality of research we can do,” said Camila González Rosas, associate professor of biological sciences at Universidad de los Andes. 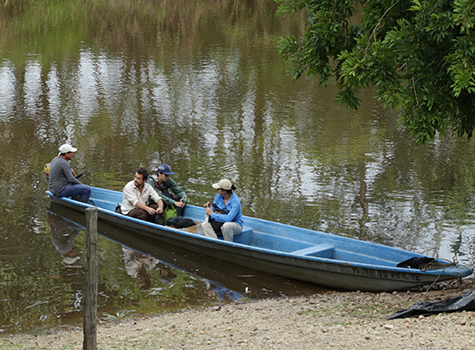 To get to the village, field workers must drive seven hours from the country’s capital, then continue an hour and a half upriver by motorized canoe. After five 15-day field trips over 14 months, 609 blood samples were collected from animals in the area. Of the samples collected, nine samples were positive for ZIKV antibodies. Even though no active cases of Zika were found, this means there was evidence of previous ZIKV infection and potential spillover from the affected human population into vertebrate species like bats, dogs and other domestic animals.

Cashing in on a New Data Bank

Being able to gather new data and share information efficiently better prepares countries for emerging or re-emerging disease threats that affect the economy and livelihoods of the people living in these areas, as well as their health and wellbeing.

CDC is staying in touch with the ZIKV study partners to allow for a quicker response in case of a future outbreak. Lab data collected from previous outbreaks, such as this study, can help public health and animal health officials focus their efforts on specific regions and species that may be prone to spreading or contracting ZIKV, helping them to control outbreaks faster.

Further research is needed to understand ZIKV and its effects on pregnant women and fetuses. Also important is learning how ZIKV affects specific animal species and which of these can pass on the virus. This new information can help scientists better understand ZIKV’s health threats and long-term effects over time.