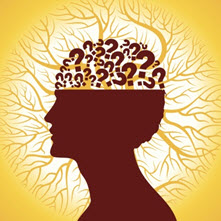 Epilepsy, which is sometimes called a seizure disorder, is a disorder of the brain. A person is diagnosed with epilepsy when they have had two or more seizures.

A seizure is a short change in normal brain activity.

Seizures are the main sign of epilepsy. Some seizures can look like staring spells. Other seizures cause a person to fall, shake, and lose awareness of what’s going on around them.

Usually, a seizure lasts from a few seconds to a few minutes. It depends on the type of seizure.

Sometimes it is hard to tell when a person is having a seizure. A person having a seizure may seem confused or look like they are staring at something that isn’t there. Other seizures can cause a person to fall, shake, and become unaware of what’s going on around them.

Seizures are classified into two groups.

A person with epilepsy can have more than one kind of seizure. Read more about types of seizures and what they look like.

Not always. Seizures can also happen because of other medical problems. These problems include:

Epilepsy can be caused by different conditions that affect a person’s brain. Some known causes include:

Read more about the causes of epilepsy in the National Institute of Neurological Disorders and Stroke publication: Seizures and Epilepsy: Hope Through Research.

Epilepsy is one of the most common conditions affecting the brain.

When counting both children and adults in the United States:

Learn more about Epilepsy in the United States.

A person who has a seizure for the first time should talk to a health care provider, such as a doctor or nurse practitioner. The provider will talk to the person about what happened, and look for the cause of the seizure. Many people who have seizures take tests such as brain scans for a closer look at what is going on. These tests do not hurt.

Learn more about how epilepsy is diagnosed from the Department of Veterans Affairs.

There are many things a provider and person with epilepsy can do to stop or lessen seizures.

The most common treatments for epilepsy are:

Read more about the treatment options for epilepsy in the National Institute of Neurological Disorders and Stroke publication: Seizures and Epilepsy: Hope Through Research.

Many kinds of health providers treat people with epilepsy. Primary care providers such as family physicians, pediatricians, and nurse practitioners are often the first people to see a person with epilepsy who has new seizures. These providers may make the diagnosis of epilepsy or they may talk with a neurologist or epileptologist.

People who have seizures that are difficult to control or who need advanced care for epilepsy may be referred to an epilepsy centers. Epilepsy centers are staffed by providers who specialize in epilepsy care, such as

Many epilepsy centers work with university hospitals and researchers.

There are several ways you can find a neurologist or an epileptologist near you. Your primary care or family provider can tell you about types of specialists. The American Epilepsy Society provides a list of its member neurologists and epilepsy specialists, including epileptologists. The National Association of Epilepsy Centers also provides a list of its member centers, organized by state.

Self-management is what you do to take care of yourself. You can learn how to manage seizures and keep an active and full life. Begin with these tips:

Women who have epilepsy face special challenges. Hormonal changes can cause some women with epilepsy to have more seizures during their period.

For women with epilepsy, there are also special concerns about pregnancy, because having a seizure and taking certain drugs during pregnancy may increase the risk of harm to the baby. Women can take the following steps before and during pregnancy to lessen these risks.

Most people with epilepsy live a full life. However, the risk of early death is higher for some. We know that the best possible seizure control and living safely can reduce the risk of epilepsy-related death.

Factors that increase the risk of early death include:

Rarely, people with epilepsy can experience sudden unexpected death in epilepsy (SUDEP). SUDEP is not well understood and experts don’t know what causes it, but they suspect that it is sometimes due to a change in heart beats (rhythm) during a seizure. Sudden death due to heart rhythm changes also happens in people who do not have seizures.

The risk of sudden death is larger for people with major uncontrolled seizures.

Most states and the District of Columbia will not issue a driver’s license to someone with epilepsy unless that person provides documentation that he or she has not had a seizure for a specific amount of time. The seizure-free period ranges from a few months to over a year, depending on the state.

Some states need a letter from your health provider to issue a license when a person has seizures that:

Learn state-specific information about driving laws from the Epilepsy Foundation.

Sometimes people with epilepsy worry that exercise or sports may worsen their seizures.

Exercise is rarely a “trigger” for seizure activity. In fact, regular exercise may improve seizure control. Safely playing sports can also be great for your physical, mental, and emotional well-being.

It is always important to avoid sports-related injuries that can increase the risk of seizures.

Read more about safe physical activity for people with epilepsy on the Epilepsy Foundation website, Safety with Exercise and Sports.