What is Alzheimer’s Disease?

Who has Alzheimer’s Disease? 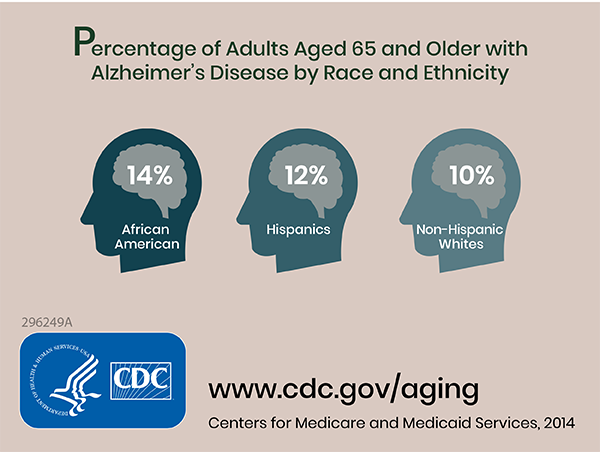 What is known about Alzheimer’s Disease?

Scientists do not yet fully understand what causes Alzheimer’s disease. There likely is not a single cause but rather several factors that can affect each person differently.

What are the warning signs of Alzheimer’s disease? 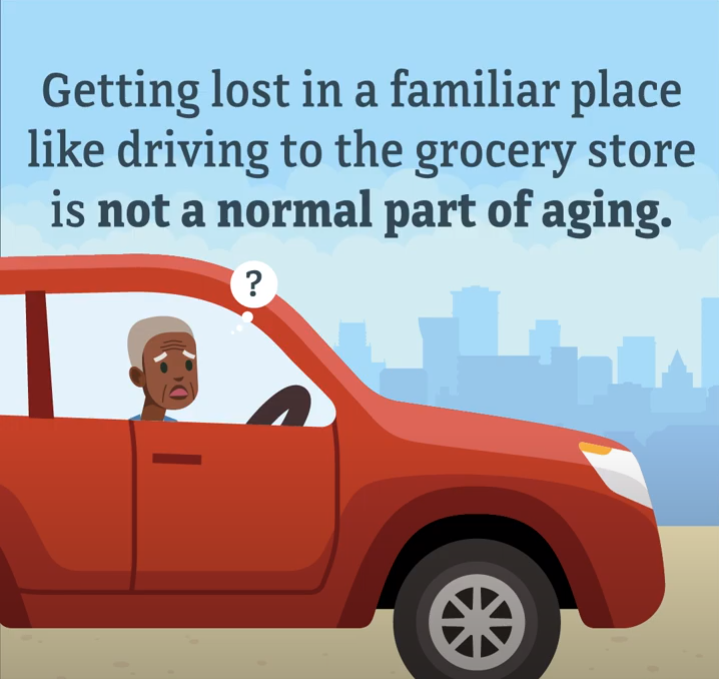 In addition to memory problems, someone with symptoms of Alzheimer’s disease may experience one or more of the following:

Even if you or someone you know has several or even most of these signs, it doesn’t mean it’s Alzheimer’s disease. Know the 10 warning signs (also available in Spanish).

What to do if you suspect Alzheimer’s disease

Getting checked by your healthcare provider can help determine if the symptoms you are experiencing are related to Alzheimer’s disease, or a more treatable conditions such as a vitamin deficiency or a side effect from medication. Early and accurate diagnosis also provides opportunities for you and your family to consider financial planning, develop advance directives, enroll in clinical trials, and anticipate care needs.

How is Alzheimer’s disease treated?

Support for family and friends

Currently, many people living with Alzheimer’s disease are cared for at home by family members. Caregiving can have positive aspects for the caregiver as well as the person being cared for. It may bring personal fulfillment to the caregiver, such as satisfaction from helping a family member or friend, and lead to the development of new skills and improved family relationships.

Although most people willingly provide care to their loved ones and friends, caring for a person with Alzheimer’s disease at home can be a difficult task and may become overwhelming at times. Each day brings new challenges as the caregiver copes with changing levels of ability and new patterns of behavior. As the disease gets worse, people living with Alzheimer’s disease often need more intensive care.

You can find more information about caring for yourself and access a helpful care planning form.

What is the burden of Alzheimer’s disease in the United States?

In 2020, an estimated 5.8 million Americans aged 65 years or older had Alzheimer’s disease.1 This number is projected to nearly triple to 14 million people by 2060.1

What is known about reducing your risk of Alzheimer’s Disease?

The science on risk reduction is quickly evolving, and major breakthroughs are within reach. For example, there is growing evidence that people who adopt healthy lifestyle habits — like regular exercise and blood pressure management — can lower their risk of dementia. There is growing scientific evidence that healthy behaviors, which have been shown to prevent cancer, diabetes, and heart disease, may also reduce risk for subjective cognitive decline. To learn more about the current state of evidence on dementia risk factors and the implications for public health, please read the following summaries on Cardiovascular Health, Exercise, Diabetes and Obesity, Traumatic Brain Injury (TBI), Tobacco and Alcohol, Diet and Nutrition,  Sleep, Sensory Impairment, and Social Engagement or the Compiled Report (includes all reports in this list).